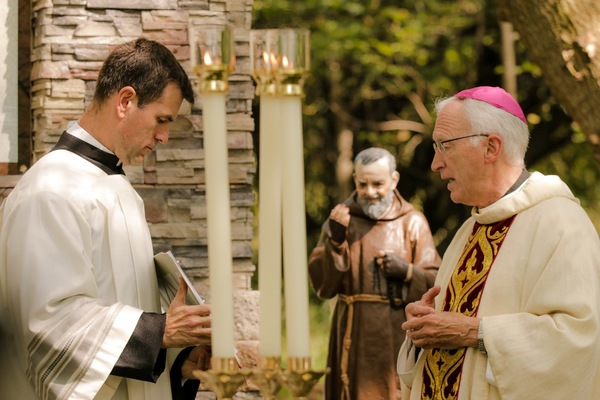 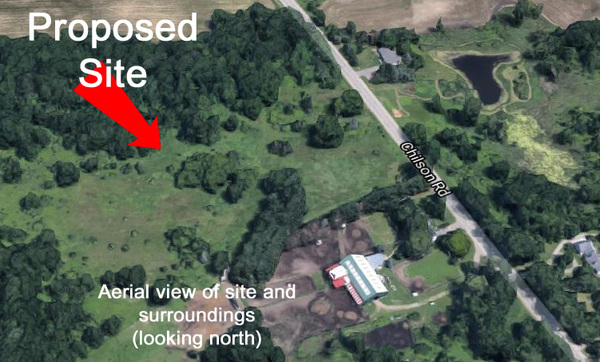 
Plans for proposed religious sanctuary space in Genoa Township are on hold as the Planning Commission seeks further information on the project.

Catholic Healthcare International, out of Wildwood, Missouri, is seeking to build a 6,000-square-foot chapel at 3280 Chilson Road, south of Crooked Lake Road. The site is 40 acres, zoned agriculture/country estates, that was donated by Bishop Earl Boyea of the Diocese of Lansing. Plans are to build the chapel with complementary and natural features that will offer a place of quiet prayer and reflection. Noted features mentioned were a mural and a church bell. There would be two parking lots fitting a total of 40 cars. C.H.I. was requesting the driveway have no curb or gutter to better preserve the topography. Only 3 tagged trees would be taken down during the build, and new trees would be planted along a portion of the south side of the property.

At Monday’s online meeting of the Genoa Township Planning Commission, C.H.I. was seeking separate recommendations for a special use application, their environmental impact assessment, and Site Plan.

The site would be developed as a replicate for the Catholic saint Padre Pio’s, “Home for the Relief of Suffering” in Italy. Pio’s “Home” is a research hospital complex, now owned by the Vatican, that serves the poor and destitute. Engineer Scott Tousignant and members of C.H.I., including director and president Jere Palazzolo presented a proposal that was without the medical or research facilities. Water and sewer are not available on the site, and not scheduled to go down that way. They did talk, however, about other buildings being a possibility in the future, but with uncertainty of what their uses would be.

That uncertainty helped play into several residents not trusting that C.H.I. wouldn’t use the chapel as a “foot in the door” to get the more expansive complex in at a future date. While they maintained it wasn’t possible to build those facilities there, the distrust wasn’t helped by two citizens who spoke in favor of the project during the public hearing. Those two identified as members of the Catholic Church and used the majority of their time to talk about the quality of health care that could be coming. Following the hearing, Tousignant took exception to residents believing there to be intended deceit, calling it unethical and saying he had no reason to believe C.H.I. wasn’t being truthful. Palazzolo said that it could be put in the approval resolution that health care services and facilities would not be built on the site. While they do want to build those facilities, still, he said they would have to be in another area.

The other chief concern is the church bell. In the proposal, the bell would ring hourly from 9am to 9pm. Hearing resident complaints, Palazzolo said he still wanted the bell, but he was willing to discuss alternate, allowed ringing times.

Ultimately, the Planning Commission tabled further discussion until their March 8th meeting. They made several requests for information for C.H.I. to bring back, including more detailed plans on bell ringing. One request is to see a maintenance and operations plan. C.H.I. plans on holding mass at the chapel, but did not have schedule or guideline for when or how often. Planning Commissioners also wanted to know how the site would be cared for and secured. The Planning Commission additionally requested them to further explore using curb and gutter. They feel this will help drainage and will discourage lawn parking, which in turn discourages planning large events that may need it.