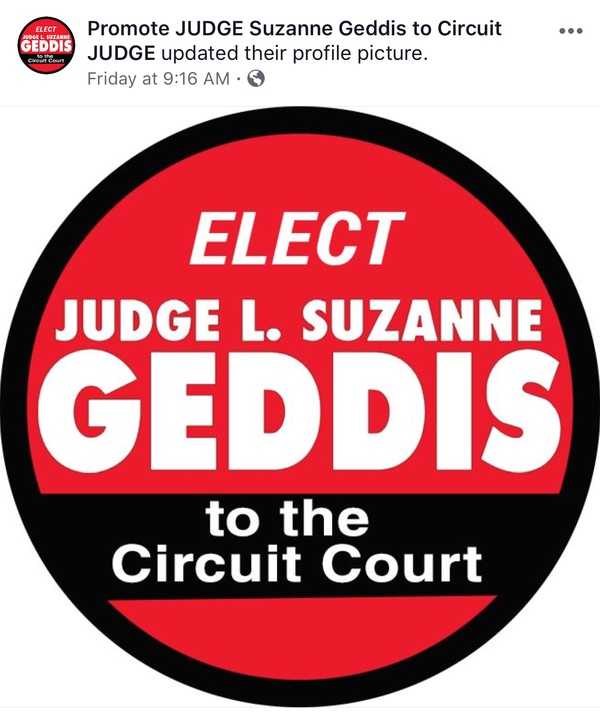 53rd District Court Judge Suzanne Geddis is being accused of violating Michigan law by misrepresenting herself on campaign materials.

Local activist Vicki Fyke alleges Geddis, who is running for the 44th Circuit Court bench in November, misrepresented herself on campaign literature, signs and online. Fyke maintains Geddis violated MCL 168.944 by including the word “judge”, making it appear as though she was an incumbent. Geddis later allegedly started putting stickers that read “District” in from of the word judge on some signs. Fyke said it’s very disturbing that a sitting judge would have such blatant disregard for the law at a time when people are trying to restore the integrity of the judicial system in the county. Fyke recently requested Livingston County Prosecutor Bill Vailliencourt investigate the matter, which was actually done two months ago when he received a separate complaint.

Vailliencourt told WHMI he immediately referred the matter to the Michigan Attorney General’s Office due to different conflicts of interest, which referred it to the Ingham County Prosecutor’s Office. His disqualification with the Attorney General is dated July 18th and the Ingham County Prosecutor was appointed by the Attorney General on August 13th. That office will handle the review and determine if charges are appropriate or not. As for the conflicts, Vailliencourt supported a different candidate in the judicial race so he says any potential decision from him could be misconstrued. Further if he was involved in the review, Vailliencourt says Geddis would have to disqualify herself from hearing all cases in Livingston County, which Vailliencourt says would create chaos for the court and other judges.

Judge Geddis has not responded to requests for comment. (JM)