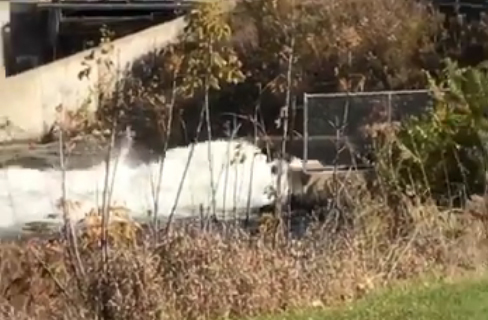 Boat owners in Argentine Township were advised to get their vessels out of a local lake as officials worked to fix a broken dam.

Starting Monday, residents on Lobdell Lake were urged to get their boats out of the water as the lake was losing roughly 4.5 inches of water per day. According to the Tri-County Times, the dam operator for Parshalville Pond and Lake Shannon raised a dam that controls water flow to Lobdell Lake last week because of high water levels caused by rain. When he tried to lower the gate, which was raised ¾ of the way, it wouldn’t lower, causing Lobdell Lake to lose water.

Alex Patsy, a programming and development engineer for the Genesee County Road Commission, said there was a busted gear inside the eastern gate operator that they believe caused the malfunction. He also said they found the obstruction and removed it, but that there is still something wrong with the way the shaft meets the door, and there was no good way to seal it. After several days of work, the Genesee County Road Commission was able to get the gate lowered on Tuesday. It’s estimated the lake lost about two feet total of water volume.

Argentine Township Supervisor Brian Saad has been in contact with Parshallville and Lake Shannon officials, who will keep their water levels high to allow Lobdell Lake to recover. If a new dam is needed, Patsy estimates it could cost as much as $5-million. (MK/JK)