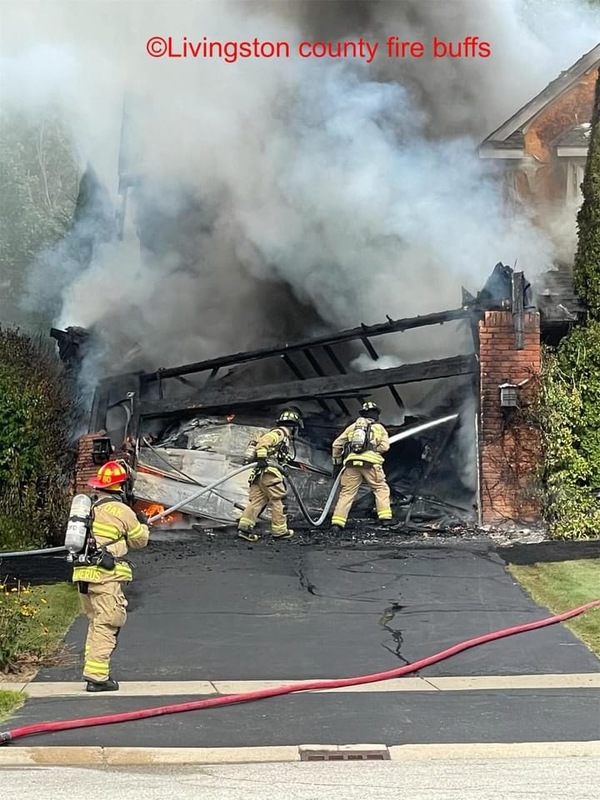 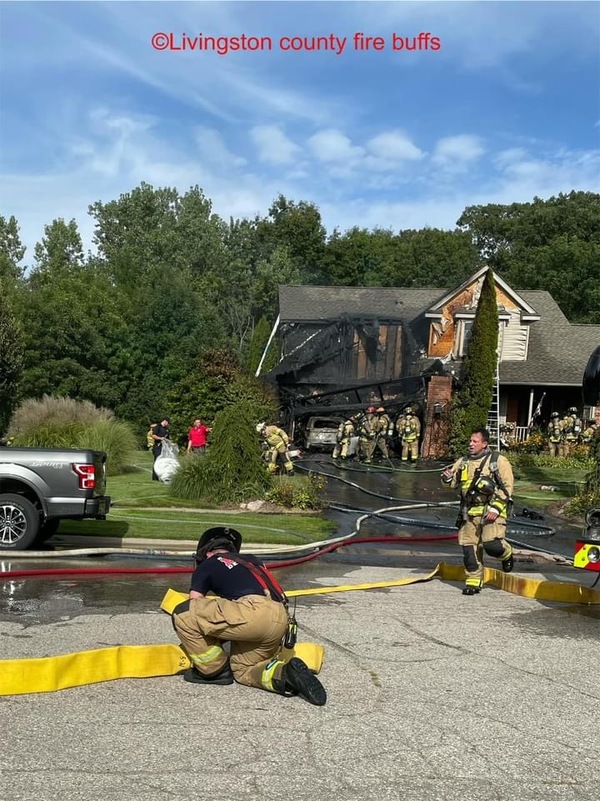 
A house in Brighton sustained serious damage on Friday after a fire that started in the attached garage.

At 3:50pm, the Brighton Area Fire Authority responded to a fire at a residence on Baywood Circle. Upon arrival, Chief Mike O’Brian says crews found a well advanced fire in the garage spreading into the house. He says firefighters worked quickly to dampen down the garage fire and then advanced into the house to limit the extension. Once inside, they found fire in the attic and first floor.  An adjacent house did have some melted siding due to the high heat of the fire.

“The fast response of our crews, a close hydrant, and the precision of our firefighters truly made a difference on this fire in limiting the damage to the home and adjacent homes.”

All occupants made it out of the house safely, and BAFA was assisted by the Green Oak Fire Department, Brighton PD and Livingston County EMS on scene.

Brighton was covered by the Howell and Hamburg fire departments during the incident.

The cause of the fire is under investigation although Chief O’Brian says it appears to be accidental. However, he did ask that residents check their smoke alarms in their home and make sure they have working smoke and carbon monoxide alarms before they go to bed.