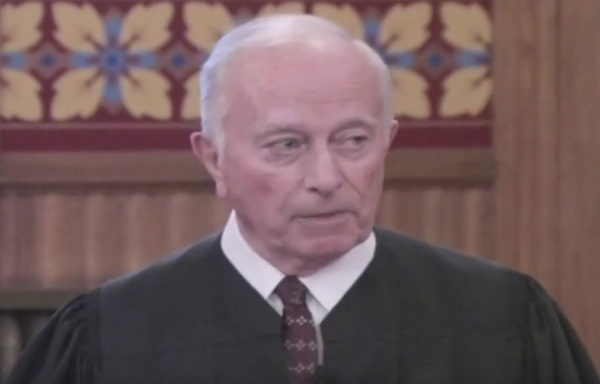 Funeral services are set this week for a well-known retired judge who passed away.

Stanley Latreille passed away at the age of 82 last Thursday. He was Livingston County's longest-serving judge and served as chief of the 44th Circuit Court. He retired in 2009 after 26 years on the bench. In addition to being a retired judge, Latreille was a novelist, blogger and lawyer. Before going into law, he worked as a newspaper reporter. He also authored a book while on the bench titled "Perjury".

Retired Livingston County Circuit Court Judge Daniel Burress worked with Latreille and together, both instituted many changes to the local court system. Burress took the bench in 1986 and Latreille was already on the bench and they served together for a long time. Burress tells WHMI Latreille was a well-respected juror and his position as a judge was a calling - noting he had a strong feeling for it and the people who appeared before him and the community in general. Burress says his condolences go out to the family - adding it’s a loss to the community and is sure Latreille will be remembered for a long time. He noted they both had tough dockets that they handled at the same time and Latreille handled things with grace and worked hard; adding he also enjoyed writing and penned a book while on the bench. Burress says they had an amicable relationship and were able to make a lot of improvements in the courts while they were there. Burress says there were no computers when he started and they went from the age of pigeon quills to computers and video recordings to treatment courts. Burress says they were able to accomplish a lot together and the court was a different place. He feels when they left, the courts were a better place and in better shape than when they started because of a lot of technology and the thought process that went into how the courts operate and function and how they treat people. Burress feels they both made substantial improvements in the system during their time on the bench and thinks those following them today are taking the lead and improving on their work.

Funeral arrangements are being handled by MacDonald’s Funeral Home in Howell. Visitation will be held tomorrow from 2-5pm and 6-8pm. A funeral mass will be held at St. Joseph Catholic Church on Wednesday at 11am, with visitation from 10-11am at the church. A private burial will follow at Mt. Olivet Cemetery. Memorial contributions may be made to the Wounded Warrior Project.

A link to Latreille's obituary is provided. (JM)