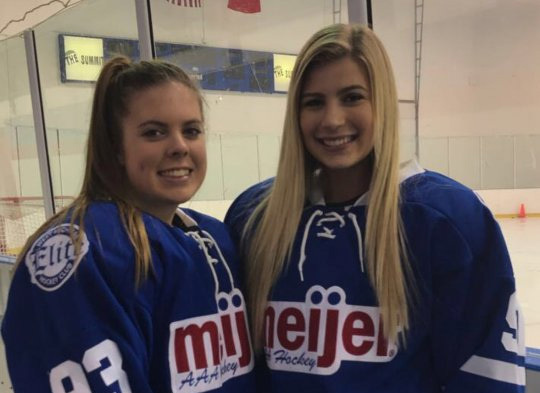 Funeral arrangements have been made for two local teens that were killed in a car crash Tuesday near Williamston.

Juliana Ward-Brown, a Howell High School student, and Darian Locklear, a Brighton High School student, both 16, were on their way to hockey practice in Lansing Tuesday when their vehicle went out of control as they drove westbound on I-96, entered the median and hit a tree near Williamston Road.

Darian’s visitation will be on Saturday from 4 to 9pm at Phillips Funeral Home in South Lyon. A funeral service will follow there on Sunday at 10:30am. The Darian Locklear Hockey Scholarship Memorial Fund is being established to help a young hockey player reach their dreams of playing college hockey. Donations can also be made to the HAVEN of Oakland County in lieu of flowers. All funds collected will be used to build a new playground to be named after Darian.

Juliana’s visitation will be held Sunday from 2 to 8pm at MacDonald’s Funeral Home in Howell. Her funeral will then take place Monday at 10am at St. Agnes Catholic Church in Fowlerville. Memorial contributions are suggested to the Humane Society of Livingston County. Friends have also set up a GoFundMe account to help the family with funeral costs. Picture courtesy of meijeraaahockey.com. (DK/JK)