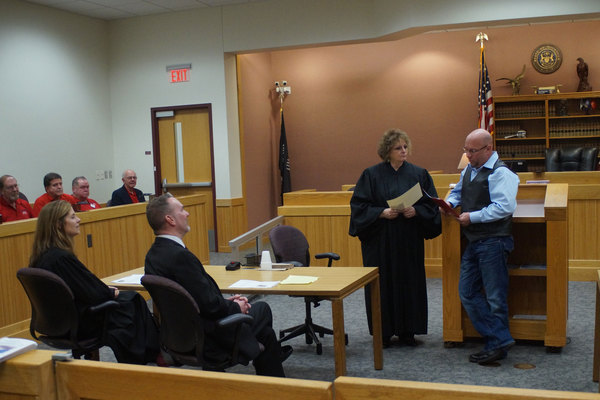 The Livingston County Veterans Treatment Court will soon have a coordinator working for the program full-time, despite opposition from some members of the County Veterans Affairs Committee.

The county’s Board of Commissioners recently discussed a request from Livingston County Specialty Courts, seeking to create a full-time position and hire a Veterans Treatment Court Coordinator. The coordinator would be responsible for helping with the intake and screening process, building the court’s volunteer mentor program, and implementing policies and procedures in order to stay compliant with state and federal grant requirements.

Without calculating benefits into the final amount, the salary for the position would be approximately $39,000 and would be funded by the Department of Veterans Services through the millage that was voter-approved in 2016. The Veterans Affairs Committee in April voted by a majority to approve the position; however three committee members attended the Board of Commissioners’ Tuesday meeting to voice their opposition to it.

Committee member Bruce Hundley feels creating a full-time position would be an improper use of taxpayer dollars, saying it has always been a part-time position and worked out well in that capacity. He doesn't think it merits taking $50,000 from the millage that the citizens of the county approved to run the department.

Judge Carol Sue Reader presides over the Veterans Treatment Court and according to Circuit and Probate Court Administrator Roberta Sacharski, Judge Reader has indicated there is a need for the position to become full-time. Sacharski says in addition to being a “robust, specialty court”, the VTC will soon be going through certification through the State Court Administrative office and could use the extra help.

Commissioner Bob Bezotte told the Veterans Affairs Committee members in attendance that he would being going against their own recommendation if he voted against the position; a sentiment that some other commissioners appeared to agree with. In a unanimous vote, the Board of Commissioners ultimately approved a resolution authorizing an agreement for the position. (DK)