Long Lines Greet Local Voters As They Head To The Polls 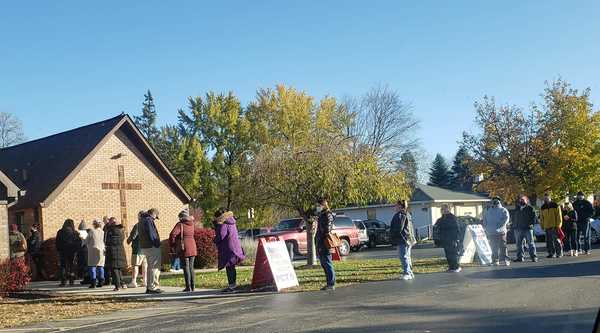 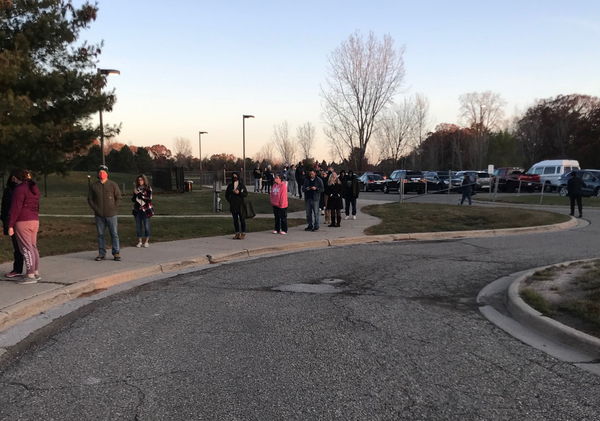 Polls are now closed across Livingston County. It was a busy day for local clerks and long lines greeted voters. Livingston County Clerk Betsy Hundley is asking people to be patient when waiting for results this election night. All results will be made available on the Livingston County Clerk’s election webpage. Hundley said they’ll update the website just soon as possible but noted it can take some time because a whole lot of activity takes place once the polls close and they’ll do their best. She does anticipate later results for Putnam Township Precinct 3, where voters were deciding a marijuana ballot proposal that was added to the ballot. Hundley said those results will take a little bit longer to get processed and get available to the public just because of the way the ballot programming had to work with that particular proposal. She estimated those results would probably be about the last results that get posted.

High voter turnout continues to be reported across Livingston County.

In Hartland Township, voter turnout was high but lines were said to be moving.

In Green Oak Township, Clerk Michael Sedlak said the mood has been really interesting, because the workers are all in a great mood and doing a good job. He said the electorate is coming in and they’re being patient and in a good mood. Sedlak said he really expected there to be a lot anger at the polls but it’s just not there. Sedlak said there’s been steady, high turnout. He said lines were out the door this morning and had slowed around 5:15 but was expecting that to change when people got out of work. He said there weren’t any issues of concern and no open carry issues. Sedlak noted that absentee counting was going very well. He said one was already done and others were going great. Sedlak said they have challengers at the others, which all commented “what a wonderful job they’re doing”. Sedlak said they’ve had no problems, but we’re not overburdening them. He noted they went from 2 to 5 absentee voter counting boards, which he expected to be done when the polls close. The bulk is expected to be done by 6:30pm.

The start of balloting has been a busy one across Livingston County.

Reports from precincts in Genoa, Hartland and Hamburg townships are of long lines out the door already this morning. That’s the same situation in Green Oak Township, where Clerk Mike Sedlak says he has never seen it so busy in his twenty years of administering elections and that even with higher than usual absentee ballot usage; the turnout so far has been stronger than expected, with pandemic precautions adding to the process.

Sedlak says they prepared for a 100% turnout, but it has been surprising to see how many people are voting in person. His advice for voters who have yet to cast their ballots is to “come early and be patient.”

Meanwhile, according to statistics from the Michigan Secretary of State, 82,368 absentee ballots were issued to registered voters in Livingston County with 75,734 having been received as of Monday. That is a 91.9% return rate. It also represents 49% of the county's 153,775 registered voters.

While many voters across Livingston County have already cast their ballots for today’s election, many more plan to show up and do so in person today, with a record high turnout expected.

The Office of Michigan Secretary of State Jocelyn Benson reports that of the 3.3 million absentee ballots requested, 2.9 million have already been returned. She also reiterated that despite recent court rulings invalidating her order banning the open carrying of guns at polling places today, voter intimidation in any form will not be tolerated. "The idea that any voter should feel fearful as they prepare to cast their vote for the leader of the free world is antithetical to everything our democracy stands for. And that’s why we are prioritizing ensuring that our polling places remain a island of calm, where voters are protected and their rights are secured. We ask voters to report any incident of voter intimidation to an election worker, and we have instructed clerks to report any intimidation to law enforcement. The bottom line is that voter intimidation is illegal, and it will be charged and prosecuted in Michigan."

Besides the race for President, voters will be deciding races for U.S. Senate in Michigan, with Incumbent Democrat Gary Peters being challenged by Republican John James. Also on the ballot are races for the Michigan Board of Education, and regent and trustee positions at U of M, MSU and Wayne State University. In the non-partisan section, there is also a contested race for Michigan Supreme Court.

At the local level, the biggest race is for 8th District Representative, with Incumbent Democrat Elissa Slotkin being challenged by Republican Paul Junge and Libertarian Joe Hartman.

In the race for State Representative, only one incumbent is running, 42nd District Republican Ann Bollin is being challenged by Democrat Donnie Bettes. Meanwhile, in the 47th State House District, Incumbent Hank Vaupel is term-limited, leaving that seat up for grabs between Democrat Adam Smiddy and Republican Bob Bezotte.

The Livingston County Prosecutor’s Office is also an open race, after Incumbent Bill Vailliencourt lost in the August Primary to Republican David Reader, who is being challenged today by Democrat Ragan Lake.

There are also a bevy of contested races at the township and school board level. Voters will also decide several local proposals, including fire millages in Brighton and Hartland Township, road millages in Conway and Hamburg townships, a Headlee Override in Brighton Area Schools and a controversial marijuana proposal in Pinckney.

Full details on all of the races and information about where and how to vote can be found through these links;

Polls will be open until 8pm.

Stay tuned to WHMI 93.5 and whmi.com for updates throughout the day.