Nine Couples Say "I Do" At Howell Coffee Shop 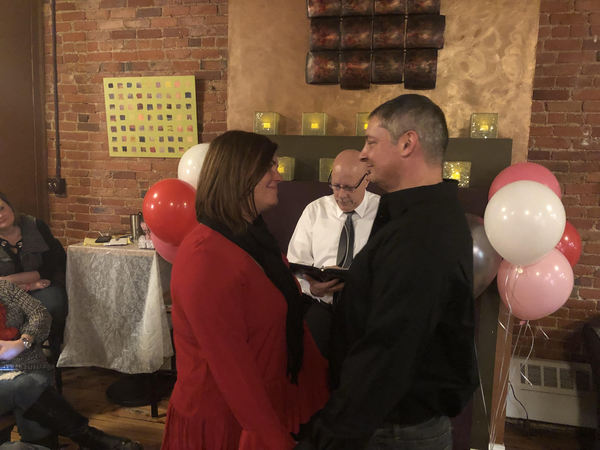 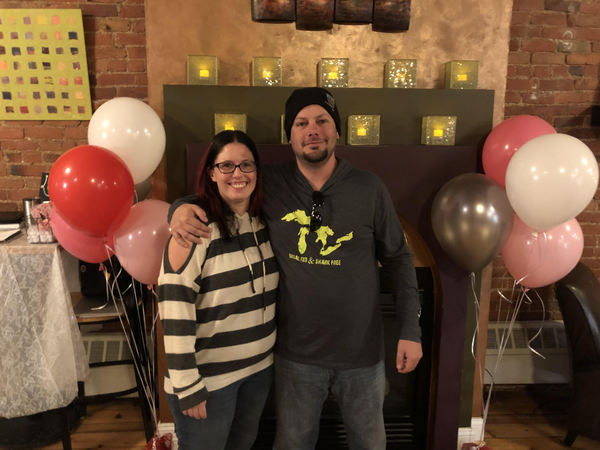 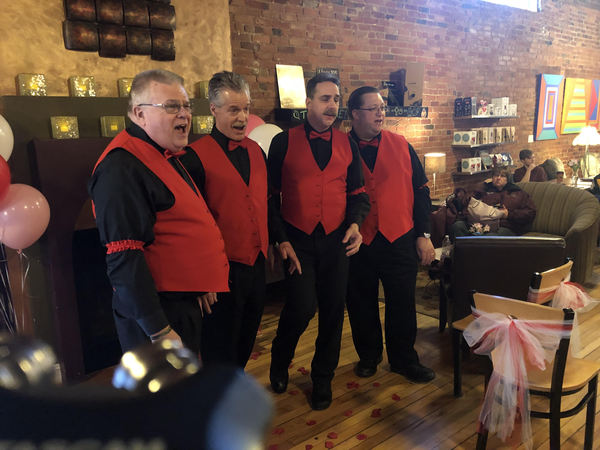 Valentine’s Day was Free Wedding Day at the Uptown Coffeehouse courtesy of Howell firefighter and ordained minister Bill Fenton. Nine couples took advantage of the event, some getting wed for the first time, many others renewing their vows. Fenton said he married one couple for the 4th time earlier in the day. A Howell couple re-tied the knot in secrecy. Having been married earlier in life, and then divorced, they weren’t ready to tell everyone they know they were getting married again. Their spot was almost blown up when members of the Livingston Lamplighters walked by. Seeing free weddings being held in the coffeehouse, they popped inside for a surprise Valentine’s Day serenade. Brighton firefighter Bryan Berry and his wife Lisa closed the event with a renewal of their vows they originally made 20 years ago, last August.

Last year, Fenton performed 26 weddings on Valentine’s Day and said he had a feeling this year’s number would be smaller from the lack of phone calls he’s received about it. It didn’t discourage him. He said it’s an honor any time he gets to be the one who helps a happy couple get started on a new life together.

Fenton started marrying couples at the Uptown Coffeehouse 6 years ago. Last year he began talking with the owner about holding the Free Wedding Day, in which he drops his usual $50 service fee, as a way of giving back to the community. He likes using the coffeehouse because it gives couples a nice alternative to standing in front of a judge. He plans on holding this event again next year, so save the date. (MK)