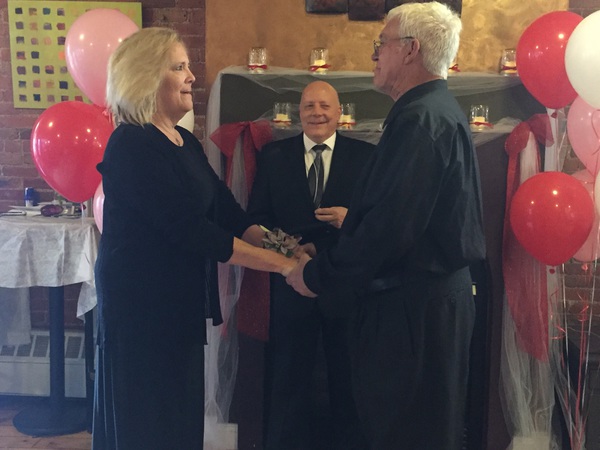 Uptown Coffeehouse in downtown Howell will be the hot spot to tie the knot this Valentine’s Day.

I Do's Your Way will be providing free wedding officiant services to couples at Uptown Coffeehouse on Wednesday, from 11am to 7pm. Howell resident and ordained minister Bill Fenton says he’ll keep it short and simple; couples just need to RSVP and bring their marriage license.

Fenton has been an ordained minister for over six years and has married more than 1,000 couples in that time. The coffee shop weddings began after Fenton noticed a need for a simple and affordable way to legalize a marriage.

A post from Fenton’s Facebook page indicates that slots are filling up quickly so he recommends couples RSVP sooner rather than later. That can be done by calling 734-818-6385.
(DK)