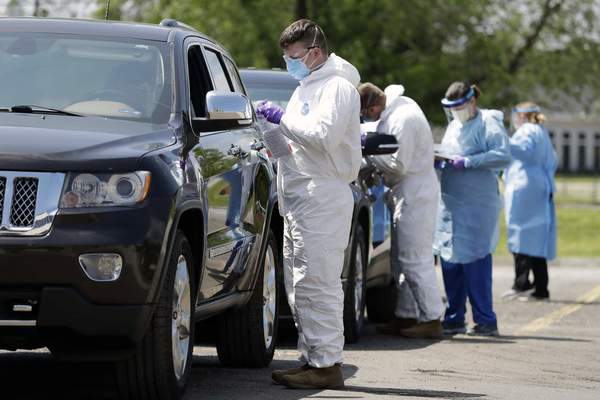 
A general rise in COVID-19 cases, as well as the spread of the B.1.1.7 variant in Livingston County, is prompting a drive-thru testing event this weekend.

The Livingston County Health Department is working with the Michigan Department of Health and Human Services and HONU Management Group to offer the free testing this Saturday from 10am to 4pm at Pathfinder School located at 2100 East M-36 in Hamburg Township.

LCHD Public Information officer Natasha Radke tells WHMI they’re seeing a rise in COVID cases within Livingston County, which also includes a rise in the test positivity rate. As of last week, it had basically doubled over the past month. At this point, Radke says the average is somewhere around 14.5%. She says the county was able to get down to around 3% for several months so they are a little concerned - especially with the recent rise in cases among school-age children – some of which are tied to club sports and school sports-related outbreaks.

Radke says there is some concern, especially with spring break going on and increased travel and gatherings, which is part of the reason they wanted to set up the additional testing opportunity for the community. She added that having the B117 variant in the county, which is more transmissible than the common strain, could also be fueling the recent spike in cases in the county.

As for Saturday’s event, Radke says rapid antigen tests are given and those results are sent to individuals typically within 15 minutes after being administered a test, although it could be up to 30 minutes. If someone does test positive with that antigen test, then Radke says they’ll also be given a PCR test to confirm. That then gets sent to a lab and results should be received within approximately two days.

The free testing is open to anyone but Radke says they would especially encourage anyone experiencing symptoms to get tested or who has recently traveled to a place where the new variant is circulating. She says they encourage pre-registration to help things move more quickly once people show up at the drive-thru but people can register on-site when they arrive.

More information about Saturday’s event and additional testing options are available in the attached press releases.