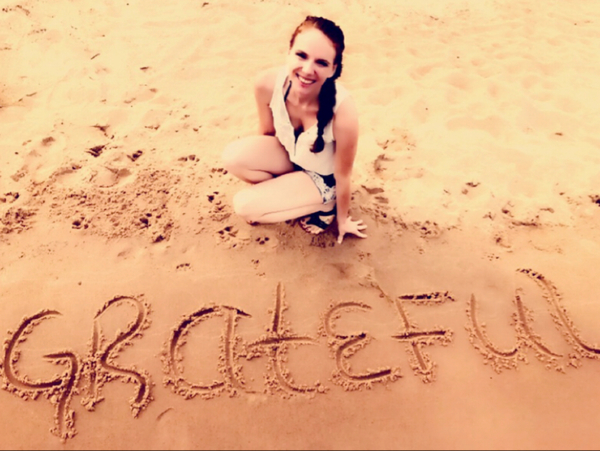 A young Fowlerville woman is sharing her story on the battle with a mental health disorder and her ideas for improving the system.

In 2006, while a senior in high school, Michelle Graham suffered what she calls, "a psychotic break with reality" and began hallucinating. She describes what it was like, and then a subsequent incident that occurred, two years later. She said it took her by surprise, how her brain could that—“everything moved quickly, colors became vibrant, and the world looked different.” Graham said she faintly felt the second one coming, and thought she could get through it, “but once I was crazy, I was gone.” She said she felt a third incident coming in 2013, but again, couldn’t stop it.

Graham said she was labeled with a schizoaffective disorder, bi-polar 1 with pyschosis, post-traumatic stress disorder, depression, anxiety and told it may be a borderline personality disorder. After that third incident in 2013, Graham took steps to take back control of her life. She said, “I took all of the labels and said, ‘I am a human being and I have some work to do. I have to work to keep myself well.’ Living up to the definition of those labels would never bring me happiness or lead me to a fulfilling life. So I think that it’s important that even if you have a diagnosis, you work on the changes that make your life as good as possible.” She cut out many of her vices, began sleeping and eating better, and sought help. After being discharged from Western State Hospital in 2014, she moved in with her mom in Flint, and began attending Central Michigan University.

Now a senior at CMU studying Entrepreneurship, she has written and released a book, Unlabeled: Reflections of Insanity. In the book she shares intimate details about her experiences with the breakdowns, the delusions, and her time at the mental hospital with the hopes of making a dent and impact on the mental health system. She also delivers 15 entrepreneurship ideas to help victims of mental disorders and their families live healthy and productive lives. Graham says she received a lot of positive buzz from the book and is hoping to turn it into a film, and also to create a music album that acts as a companion piece to her writings. She is currently working with the National Alliance on Mental Health, Mental Health America, and other advocacy groups to spread the hope of mental wellness versus mental illness.

Graham said that psychosis is “really frightening to go witness and to go through.” She said that there is a stigma about it, and that many people think that those who suffer are scary and violent, and while that can happen, a lot of people are just confused. Graham said that it can happen to anyone if your brain crashes on you, and can take you by surprise to where you don’t even know what you’re doing.

On Saturday, June 21st, Graham will be at Biggby Coffee on Mission Road in Mount Pleasant from 11am - 3pm selling her book and signing it as well as offering fashion merchandise. (MK)