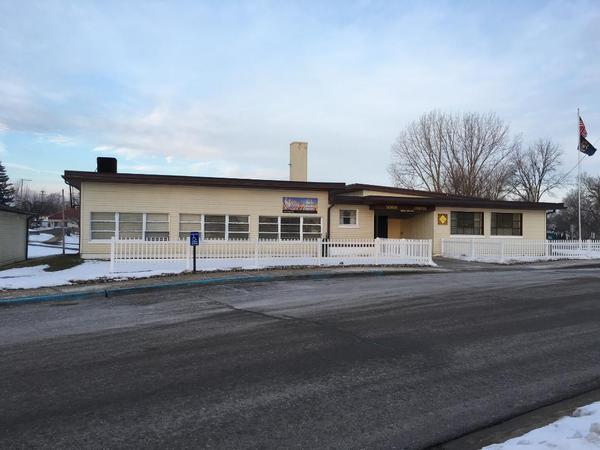 Some local students are again coming together to help raise funds for a special project at the Fowlerville Senior Center.

The center is preparing to start a project to replace the doors at the two entrances to the building at 203 North Collins Street, which are more than 50 years old. The seniors are already replacing the doors at a cost of $6,400. Students in the Fowlerville Online Learning Academy are hoping to go a step further and want to raise $4,000 make the main front entrance handicap accessible, with electric doors.

The building was originally built by the district and used as an elementary school in 1949. The Academy’s computer lab used to be located in the senior center but recently moved. Two years ago, students worked to raise about $14,000 to help fund a project to replace all of the windows. Bonds were established between students and senior citizens, many of whom use canes or walkers. Since the center has a small food pantry, many times seniors are carrying things in and out.

The project was 10th grader Cassidy Duffield’s idea. Having grown up around seniors, Duffield told WHMI she has an unspoken bond with them and can sense their everyday struggles. She noticed what a hard time some of the seniors had opening the doors every day, so she regularly would open doors for them. Duffield says the building is a huge part of the community and a lot of things happen there, including driver’s education but it’s especially important for the seniors because they’re getting out and having fun while making new friends. Duffield says she just wanted to make sure they have doors they can open easily.

Fowlerville Community Schools Technology Director Grace Damerow says they are getting to work fundraising and soliciting donations from the community and local businesses to help raise the $4,000 by the end of March, so the handicap hardware can be installed at the same time the new doors are installed. Duffield and others will be approaching Fowlerville businesses and soliciting community donations but also collecting cans and bottles. Duffield says even if they come close to the target goal, she would still consider it a win for the seniors because they would be closer than before to getting automatic doors.

More information and a link to donate are attached. (JM)