Fowlerville Students Head Back To Class 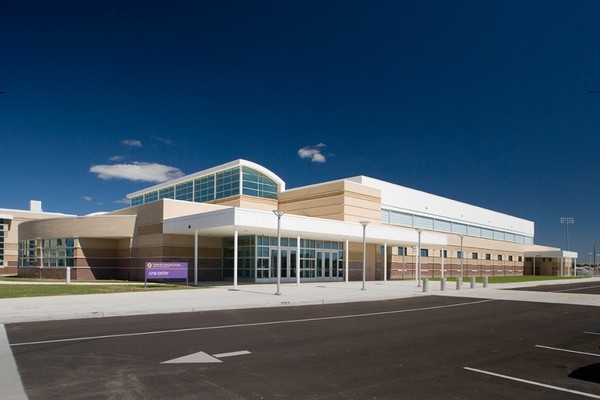 
Today marks the first day of schools for some students in the Fowlerville Community Schools district.

The Board of Education met virtually Monday night and Superintendent Wayne Roedel said he’s excited to get students back into the buildings. He said there’s been a lot of planning on everyone’s part from teaching staff to administrative staff and they’ve worked to get communications out as quickly and timely as they can. Roedel stressed that it won’t be perfect but it will be a great first day to a different kind of a year and he’s looking forward to getting students safely into the schools.

Part of the soft start will last for two-and-a-half weeks. Like most districts, parents had a choice between in-person instruction or online learning for each of their children. Today will be the first day for students with last names A-J, which is about one-third of the student body. Roedel said they have a great opportunity to teach students the new processes and procedures but have also been assuring parents and students that they’ll help them find lockers and lunch rooms – basically everything that couldn’t be done through open houses and tours. Then on Thursday, Roedel said they’ll pick up the remainder of the students with the last names K-Z for the same type of process.

Roedel further provided an update on technology related matters. He said they knew going into this process that the district has Internet issues and not everyone has easy access to Internet in their homes. Roedel said they’re working very hard to set up satellite locations at the Iosco Township Hall, which is up and running, and at the Conway Township Hall, which is waiting on one piece of the network system before becoming operational. It was noted there are also various spots around the High School and Junior High buildings that are Internet accessible and Roedel stressed they’re working hard to get good access to families.

Roedel told the board they were able to get bus routes out to parents on Monday – noting their business is very sequential and certain things need to happen for others to proceed. For example, Roedel said they couldn’t do bus routes until parents chose online or in-person learning, which they then had to sort out and essentially create all new bus runs. He said teams worked diligently all weekend and then finally got them out Monday. Roedel acknowledged that it was late communication but it was timely as they could make it under the circumstances. He noted they’ve been given a lot of grace from parents and the community with kids because a lot of the communication has been really close to the start of the school but thinks they’ve been able to take care of most people and get them answers in as timely fashion as possible.

Roedel added they want to keep students in the buildings but in order to do that; staff, students and parents need to be responsible. He said everyone needs to mask up, take care of each other, maintain social distancing as best as possible and follow the rules in place. If everyone can do that, Roedel said he thinks they’ll have a very successful start to the school year.