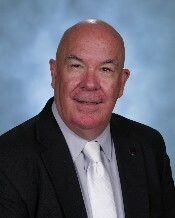 
A former administrator in the Brighton Area Schools has been named interim superintendent in the Fowlerville Community Schools district.

David Pruneau has agreed to be the chief administrator in the Western Livingston County district until a permanent superintendent can be found.

Wayne Roedel, the previous superintendent, left the district in late October to accept the superintendency of the public school system in Greenville, located in Western Michigan north of Grand Rapids.

Robert Regan, the person originally hired to be interim superintendent in Fowlerville, was scheduled to start last week but “resigned”, according to Fowlerville Assistant Superintendent Tim Dowker, who declined to elaborate.

Pruneau, who is 72, was promoted to the Brighton superintendent’s position in 2000 after being the Hornung Elementary School principal for a number of years. In 2005, Pruneau left Brighton to become superintendent of the Rochester Community Schools - a much larger district. After a successful, 6-year tenure there, Pruneau departed Rochester to accept a position as superintendent of a school district in Elmhurst, Illinois, a Western suburb of Chicago. Parents and staff members in all three districts that Pruneau served - Brighton, Rochester and Elmhurst - said he had done an outstanding job and they were very sorry to see him go.

In 2005, Pruneau was named Educator of the Year by the Parent Teacher Student Association, or PTSA, based on his relationship with the community, schools, his profession, parents, students and the PTSA. Pruneau, who could not be reached for comment, starts his new position in Fowlerville on Monday.