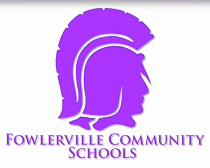 
A contract agreement has been reached for a bargaining unit within Fowlerville Community Schools.

The Board of Education met virtually Tuesday night and following a closed session, approved a recommendation to ratify a contract with the Fowlerville Educational Support Personnel Association. It’s the food service and nutrition employee bargaining unit.

Superintendent Wayne Roedel thanked the group and President Theresa Goodwin for everyone’s efforts during the negotiation process. He said they were very collaborative and worked well together and thinks they reached an agreement that is really mutual for both parties and they appreciated that. Roedel said in essence, the contract is a one-year extension through the 2021 school year, with a wage freeze at the 2019-2020 wage schedule. Given where the district is at financially and unknowns with the state budget, Roedel said it’s a very favorable tentative agreement with the group for the district.

The board unanimously approved the contract.