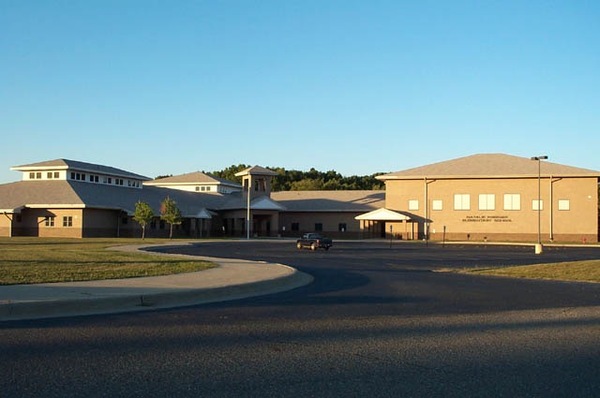 The Fowlerville Community Schools district is wrapping up infrastructure improvement work just in time for the new school year.

Projects funded by the school bond that passed in May of 2017 allowed the district to upgrade its facilities. Some of the work included new LED lighting installed throughout both Smith and Kreeger Elementary, while Kreeger is also receiving new flooring in all of its classrooms. The old track facility is being torn up and replaced with a state-of-the-art running surface, while new press boxes, scoring booths and storage areas are being added around the football, baseball, soccer, and softball fields. New hardware and deadlocks are being installed on classroom doors to improve safety, which was funded through a grant from the Michigan State Police.

At a recent meeting of the district’s Board of Education, Superintendent Wayne Roedel reported that almost all of the buildings undergoing work are ready to open, except for Smith Elementary. He says they are "working feverishly in that building right now", and expects they’ll be moving furniture back into the kindergarten and second grade hallways this week.

Roedel says staff members and another team hired for cleaning and waxing are working very hard to make sure everything is finished and ready in time for the start of the new school year. He notes that many of the projects have moved along as expected, and that there are “no big problems out there right now”. (DK)