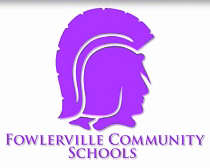 A special school election for Fowlerville Community School constituents will be held in May, at which time voters will be asked to approve a $17.5 million bond proposal.

At a meeting Tuesday, the district’s Board of Education adopted a resolution calling for the proposal to appear on the May 2018 ballot. The bond would be used for a variety of infrastructure improvements throughout the district, though voters won’t see an increase in their taxes if it passes.

The district currently levies 9.55 mills for construction and bond payments. That rating would stay the same, even with the borrowing of $17.5(m) million. The district is able to achieve that by extending their bond repayment period to a total of 22 years. Superintendent Wayne Roedel says by adding four years onto their current repayment period, they’re able to recoup the $17.5(m) million up front.

Roedel says in addition to status quo taxes, constituents' students will benefit from facility improvements, regardless of the building they're at. Roedel calls it a “sweeping bond issue", as the projects are spread throughout the district.
Boilers, classrooms, instructional technology, and athletic fields would all receive upgrades should the bond pass. Roedel says one of the main issues the district is looking to address is the roof of Kreeger Elementary School, which has long worn out its life expectancy.

District officials intend to educate voters about the bond and how it would be utilized in the coming months. (DK)