Fowlerville Native Honored As Airman Of The Year 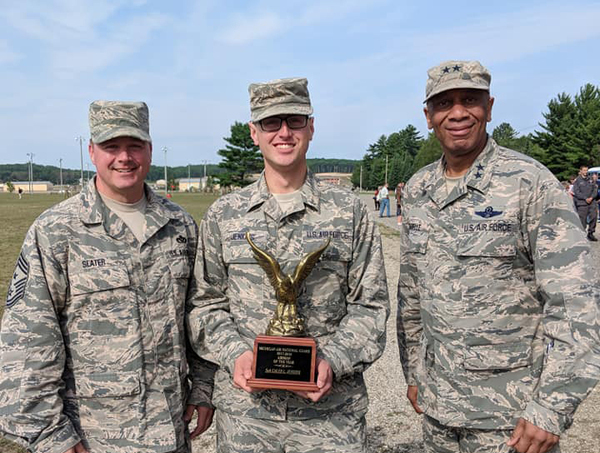 A local serviceman has been awarded one the state’s top honors.

Senior Airman Caleb L. Jenkins of Fowlerville was recently honored as the State Airman of the Year during the annual Pass in Review ceremony at Camp Grayling. He was chosen out of a pool of over 2,000 airmen from across the state. Jenkins, who is stationed at the Selfridge Air National Guard Base in Macomb County, is assigned to the 191st Operations Support Squadron.

Jenkins was honored with the award in part due to his service in the Middle East as an Intel Analyst supporting Operation Inherent Resolve, which involved military intervention against the Islamic State in Iraq and Syria and Operation Resolute Support, which helped to train Afghan military forces.