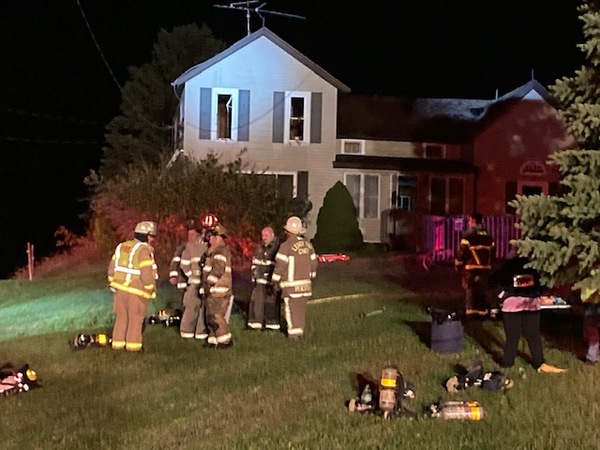 
A fire has left a Fowlerville couple without a home this morning.

Fowlerville Fire Chief Bob Feig tells WHMI they were dispatched to a single family home in the 6000 block of Sherwood Road, east of Robb Road just after 1am. Upon arrival, they found an active fire on the home's porch, with flames going up the wall and reaching into the attic. He said the older-style farmhouse had working smoke detectors and the two occupants and their dog were able to escape safely with no injuries.

Chief Feig says the home suffered extensive fire and water damage as a result of the fire, a cause of which remains under investigation. However, he says there doesn't appear to be anything suspicious in nature.