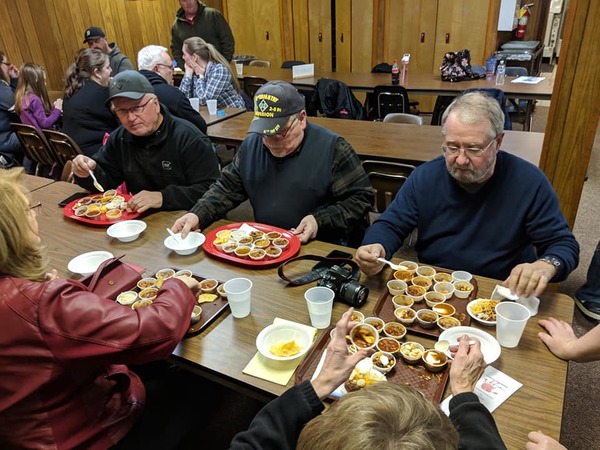 
A chili cook-off fundraiser in Fowlerville this weekend is sure to be a blast.

The Fowlerville 4th of July Committee is hosting its 16th annual Chili Cook-Off this Saturday but with some changes. It features various types of chili and soup to sample with different categories being judged, along with raffles and a silent auction. For many years the event was held at the Fowlerville VFW hall but it’s been moved to the Fowlerville fairgrounds this year to allow for a safe venue with more room for guests and vendors.

In addition to offering different types of chili and soups, the Cook-Off will also give chili chefs the opportunity to compete with soups of their choice for ribbons and bragging rights. Categories include Best Hot Chili, Judges Choice Chili, Peoples Choice Chili, Most Unique Soup, Soup DeJour, Peoples Choice Soup, and Best Presentation by a Chef. Along with the public being able to taste test the entries and vote for their favorites by making a monetary donation, the afternoon will include raffles and an all-new silent auction.

All of the funds raised go directly toward the 4th of July activities in Fowlerville, which includes fireworks. The event had to be canceled last year due to COVID. Committee member Mary Helfmann told WHMI they don’t charge for the fireworks and always just have a suggested donation for parking. She says they’re planning full speed ahead for this year’s fireworks show, always held on the actual holiday, which will also include some vendors, food, and music.

Putting on the show isn’t cheap though, which is why Helfmann says they really appreciate people supporting the Chili Cook-Off event as it is their biggest event. She says they’re very excited as it’s been a long year for everyone and the cook-off offers something where the community can come together. Helfmann noted that they’ve been limited because of COVID and thus couldn’t do some of the other fundraising things they might have done so they’re really hoping for a good turnout Saturday.

Helfmann says noted they’ve enlarged their Committee and are presenting with the Connect Five Veterans Foundation and the Michigan Army National Guard Howell Office. Through Connect Five at the event, Helfmann says they’ll have over 4,000 tree saplings that people can purchase and plant for spring. The suggested donation is $1 per tree or 12 trees for $10.

Saturday’s Chili Cook-Off will run from 4 to 7pm and rain or shine. Helfmann says they’ll have tents and socially distanced seating but will also be offering dinners to-go. The cost is $10 per adult and $5 for those aged 5 to 12. Kids 5 and under are free. There are no advance tickets and those interested in attending pay at the door. Helfmann says attendees get sample cups for everything and then one bowl of their choosing - along with salad, dessert, and beverages. She says they still have a few spaces left for vendors and those interested are asked to register by noon this Friday.