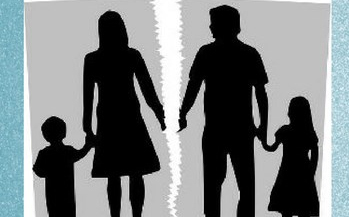 A gathering next week in Howell is looking for support for legislation that would require judges to award joint legal custody of children to divorcing parents.

The Americans for Equal Shared Parentings’ Capitols for Kids Tour will come to the Howell Opera House on Wednesday, October 10th from 6-9pm. Organizers say the goal is to educate and inform the public on legislative progress in family court reform, specifically laws requiring joint parental custody where no disqualifying factor is present. The keynote speaker will be Mark Ludwig, a parental rights advocate, grassroots organizer and speaker who serves on the Americans for Equal Shared Parenting Board of Directors. He will discuss efforts at the federal level to pass Equal Shared Parenting legislation. Also speaking will be the sponsor of The Michigan Shared Parenting Bill, Republican State Rep. Jim Runestad of White Lake. He’ll be joined by Democratic State Rep. Bob Kosowski of Westland and Bill Gelineau, the Libertarian candidate for Governor.

Groups opposed to the legislation, including the Michigan Coalition to End Domestic & Sexual Violence and the Michigan Judge’s Association Family Law Committee, contend it removes the focus in child custody disputes from what's best for the child to a parent's right to equal time with their child. But Runestad says the legislation includes measures that would remove equal parenting time if there is any evidence of domestic violence or abuse, false allegations of abuse, refusal to cooperate or parental alienation. He says over 50 international studies have concluded the best arrangement for the vast majority of children is equal shared parenting.