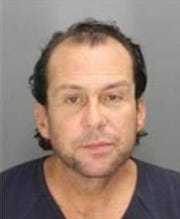 
A former local teacher who was arrested while at school has been sentenced on two sets of drunken driving charges.

44-year-old Michael Dennis Fletcher was a teacher with Huron Valley Schools when he was taken into custody last September at Lakeland High School after a breathalyzer showed his blood alcohol limit was more than four times the legal limit. He has since resigned from the district.

The school’s resource officer administered the test around 8am on September 18th after being alerted by administrators that Fletcher appeared to be intoxicated. The Breathalyzer indicated a blood alcohol content of .354%. The state’s legal limit for driving is .08%. Fletcher, a West Bloomfield resident, admitted to drinking alcohol before driving to school that morning. He was subsequently charged with driving while intoxicated with a blood alcohol content of .17 or higher and driving with a suspended license, counts he pleaded no contest to.

On Monday, he was sentenced to 18 months of probation in Oakland County District Court for both the latest incident and for similar charges from 2018 to which he previously pleaded guilty. Fletcher avoided jail time after being admitted to the Sobriety Court Program, which offers substance abuse treatment, intensive supervision and drug testing.