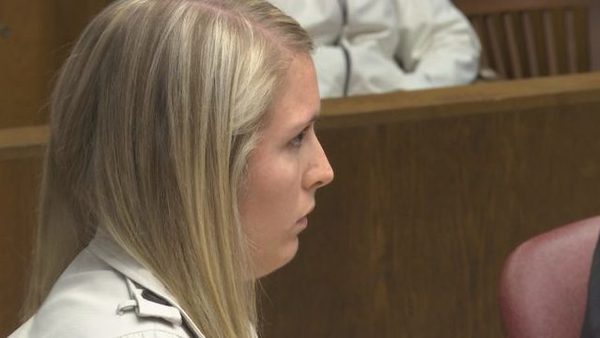 A former Stockbridge teacher has been sentenced for sexually assaulting a teen student.

27-year-old Allyson Moran was sentenced Wednesday in Ingham County District Court to 25 months to 15 years in prison after she pleaded guilty to one count of third-degree criminal sexual conduct.

Moran, who worked as a long-term substitute and as the girls’ soccer coach at Stockbridge High School, reportedly invited the boy to her home in Dansville in April 2017 to have sex, greeting him at the door wearing an open robe with only her bra and underwear underneath. A second assault occurred several days later. The teen eventually told his girlfriend, and a family member then called police.

The Lansing State Journal says the boy testified that he frequently ate lunch in Moran's classroom and hung out there after school, until in March of 2017, they began talking on Snapchat.

Moran’s attorney had requested probation, saying losing her job as a teacher and spending a lifetime on the sex offender registry was enough punishment. But after hearing from the teen’s mother about the negative impact the assaults had on her son, Judge Joyce Draganchuk passed down the prison sentence. (JK)