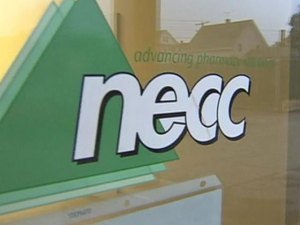 The preliminary hearing continued Friday for two men charged in the deaths of nearly a dozen Livingston County residents.

Barry Cadden, the co-founder of New England Compounding Center, and Glenn Chin, who worked there as a pharmacist, were charged last year by the Michigan Attorney General’s Office with second degree murder. Authorities allege that the pair was primarily responsible for the lax state of the facility that allowed fungus to contaminate the steroids.

On Friday, two former NECC employees, Owen Finnegan and Steven Haynes, testified about rushed production, skipped tests and ignored sterility standards in 2012 when the facility started dealing with a mass of orders. Finnegan said the frenzy of activity resulted in untested steroids being labeled using older lot numbers that had been tested. He also said that when Chin was told that more time was needed to properly test all of the vials, he shrugged his shoulders and reiterate that the boss, Cadden, wanted the orders shipped as fast as possible. Haynes testified that he also talked to Chin about the lax state of production and testing, to which he responded, that the company had lawyers to deal with that.

Nearly a thousand people nationwide were sickened from the outbreak, with more than 100 deaths, including the 11 from Livingston County, which were connected to Michigan Pain Specialists in Genoa Township, which used the tainted steroids produced by NECC. 53rd District Court Judge Shauna Murphy is conducting the hearing, which will determine if there is enough evidence to send the case to trial. Testimony will resume next Wednesday.

Cadden and Chin remain lodged in the Livingston County Jail, following their transfer from federal prisons in Pennsylvania where they were serving sentences for a federal conviction in the outbreak. (JK)