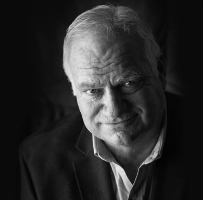 Addressing the mental aspect of financial security will be the goa of an upcoming event featuring a well-known former NFL star.

The event titled “Seeking Peace of Mind – Mentally and Financially” will feature former Detroit Lions Quarterback Eric Hipple, who is an author, speaker and mental health advocate. Hipple, who lost his son to suicide in 2000, has become nationally known for speaking about his own personal tragedy and struggles with depression. The other featured speaker is Private Wealth Advisor Robert Larsen.

The event is hosted by 1st National Wealth Management and will take place on Wednesday, October 9th from 6 to 7:30pm at the Cleary University Johnson Center in Genoa Township.

Seating is limited and those interested in attending should RSVP by calling 517.546.3150 or emailing info@fnbh.com. (JM/JK)