Former Fire Chief Gets "Final Call" Before Being Laid To Rest 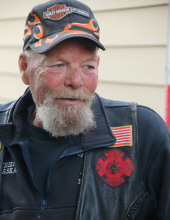 A former area fire chief was remembered over the weekend by friends, family and the community he served.

Former South Lyon Fire Chief Craig Kaska passed away December 30th at age 70, with services held Saturday in South Lyon. There was also a ceremonial “final call” given out over the fire dispatch radio in his honor.

Kaska, who served the department from 1980 until his retirement as chief in 2010, was a member of the Nozzlemen Motorcycle Club, many of whose members were in attendance Saturday as a South Lyon fire truck carrying his casket followed a police and motorcycle escort to the South Lyon Cemetery, where he was laid to rest. (JK)