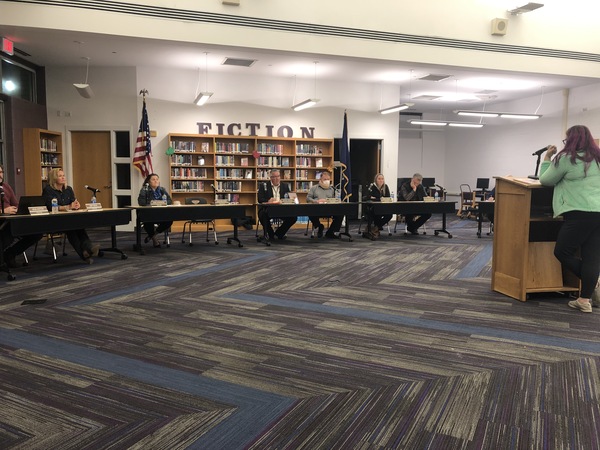 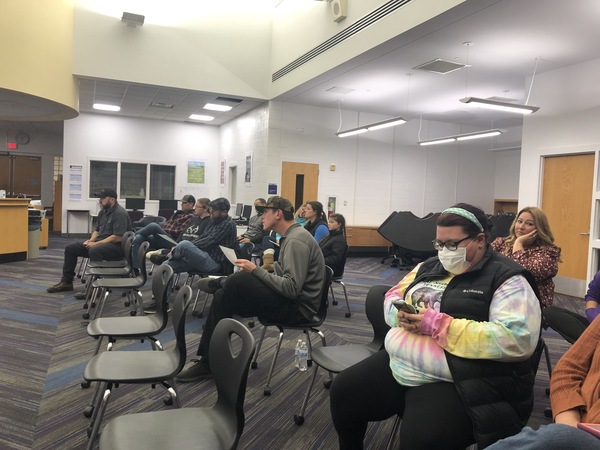 
The Fowlerville Community Schools’ Board of Education has voted to eliminate quarantines for all healthy and asymptomatic students, with similar decisions expected in Livingston County’s four other public school districts.

About a week and a half ago, the Livingston County School Superintendents sent a proposal for a pilot program to the local health department, which was approved. The program no longer requires students in grades 7 through 12 who were close contacts with a confirmed COVID case to be quarantined as long as they were healthy and showed no symptoms. Aside from not having recently tested positive for COVID themselves, so should no individual in the student’s household, and the student must not have recently been in close proximity to an identified school-related outbreak.

Livingston County Health Department Director Diane McCormick told WHMI by email that the primary basis for the revision request was that no notable increases in school-related COVID-19 transmission were found during the recent reducing of “close contact” determination from 6-feet to 3-feet. Additionally, more than 10,000 students have been excluded from in-person learning since the beginning of the school year, of which a majority has not developed COVID-19 from school-exposure, according to McCormick.

Last week, Fowlerville Community Schools’ Ad Hoc Health & Safety Committee met, and after discussion, requested that the program be extended to include children in kindergarten through the 6th grade. They brought that recommendation to the full Board of Education during a special meeting held Monday night. Committee Chair and Board of Education Vice President Steve Frederick said that the committee felt the exclusions quarantines brought were detrimental to students and staff, academically and emotionally. Superintendent Wayne Roedel said that depending on how LCHD Medical Director Dr. Juan Marquez analyzes the data, less than 3% of cases were in-school transmissions.

Roedel said he wanted to be real clear on this extension to the younger grades. He told WHMI, “The health department has approved a 7 through 12 pilot program to be used by all the districts. Our district board, when they took a look at the procedures that we were gonna follow, thought that those procedures would work well for our K-6 students as well. The health department has not approved that extension to use it with kids in grade K-6. That was a Fowlerville Community Schools decision.”

McCormick stated that the LCHD made no changes for the exclusion process for the students in grades K-6 because they are not yet able to be fully vaccinated.

Roedel said he believes the Ad Hoc Committee looked at things in their entirety, including the dangerousness of COVID, before making the recommendation. He said, “We all realize here in Fowlerville that COVID is real, that kids get sick, and that’s a problem. And sometimes there are lingering effects of that. But they really have listened, I think, to parents and folks in the health department, and what our local data has suggested in terms of the fact the majority of students, all grades- the majority don’t get COVID when they are a close contact. So if you are healthy, no one in your home has COVID, you haven’t been exposed to it other than in school, the risk in school is just low. And so, I think, because of that, they determined it would work for them as well.”

Roedel was able to activate the program for grades 7-12 through Superintendent-action, Monday, with no Board action required. Families in that range should have received a broad communication from the district. The K-6 extension did require Board action as it was not health department approved.

Around 25 people attended the meeting, with a majority of the nine who spoke being supportive of eliminating quarantines. Those who agreed with the move felt it was important to keep kids in school for the educational and emotional benefits. Those against the decision felt the district was ignoring health experts and not keeping them safe.

Board of Education Trustee Sue Charron said she was speaking as an educator, and that the amount of time kids have been out of the classroom troubles her. She said that as much as she is afraid that something might happen to a child, she believes they need to be in school.

The Board of Education voted unanimously to extend the program in their district to grades K-6, which effectively extends it to all students in grades K-12. Trustee John Belcher was absent.

Superintendent Roedel said, following the meeting, “I support the decision of the Board of Education. I was part of the group that strongly supported not quarantining healthy kids in grades 7-12. I understand the rationale and reasoning behind our decision to make it K-6 and I support that.”

When asked what he would say to the parents and staff that may be disappointed by this course of action, he said, “What I would tell them is Fowlerville Community Schools cares about all kids. Our focus is to keep kids safe. There isn’t an easy answer here. Because if we quarantine all of the close contacts, some of those kids that are quarantined suffer as well. You can’t win. In both circumstances, kids get hurt. We’re really looking at a situation where the decision is to support the 97-plus-percent of students that are gonna be able to stay in school. And that is what we’re all about: educating students.”

The Superintendent said that broad communication on the decision will go out to parents of kids in grades K-6 today, with those quarantined, but healthy, being able to return to school on Wednesday. The superintendents in Hartland, Howell and Pinckney have already sent out communications to stakeholders about the new 7-12 policy.