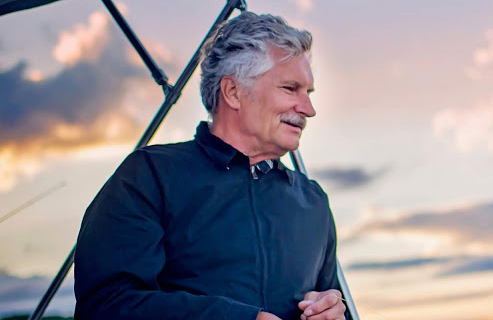 A special breakfast memorial will help remember a pilot with strong local ties.

65-year-old Randy Dippold, of Perry, was involved in a fatal plane crash on May 12, 5 miles from the coastal city of Frankfort, in northern Michigan. Dippold was flying with 53-year-old Emanuel Manos of Monroe, when their aircraft suffered engine failure and went down in Lake Michigan. Manos’ body was recovered, but Dippold’s is still yet to be found. Tomorrow morning, Dippold’s son Andrew is hosting the Randy Dippold Memorial Fly-In Breakfast at the Airservice Enterprise hanger at the Livingston County Airport.

Andrew says he’s heard from several pilots who are going to be flying in for the event. There will be a helicopter, a couple warbirds, and other planes around the hanger for interested attendees to walk around and check out. Andrew says they are just hoping to spur some interest in aviation, all in the name of remembering his father.

The event runs from 8am until noon tomorrow. For $8, friends, acquaintances, and any member of the public can enjoy a smorgasbord breakfast of pancakes, eggs, bacon and more in Randy’s honor. Andrew said these past few months have been tough, but the family is hanging in there. He called the Fly-In a “kind of therapy” for them, letting them get to see people, hang out, reminisce, and talk about memories of his dad and his nearly 50 years of flying planes and teaching aviation. (MK)