Flu Season Is Back As Authorities Urge Vaccinations 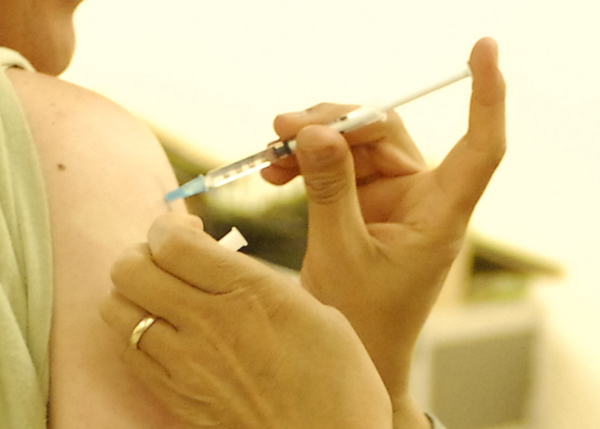 It’s flu season again and health officials are strongly encouraging community members to get vaccinated before activity really starts to pick up.

The Centers for Disease Control universally recommends anyone 6 months of age and over consider getting the vaccine. With the arrival of colder weather and closer contact, there is more opportunity to spread communicable diseases.

Lynn Sutfin with the Michigan Department of Health and Human Services advises local residents not wait until being exposed but get the vaccine now, as it takes two weeks to become fully protected. Sutfin says everyone six months of age and older should receive a flu vaccine every year as it protects not only yourself but those around you who may have serious complications if they get the flu. Typically, those most severely affected are children younger than 5 years old, people with chronic medical conditions, pregnant women and individuals over the age of 65. She also notes that flu vaccination during pregnancy protects infants for the first several months of their lives and lowers their risk of flu-related hospitalization by 72%.

There is currently ample supply of flu vaccine available at many locations throughout Michigan, including doctors’ offices, pharmacies and local health departments. Sutfin says the best online resources to get more information are Vaccinefinder.org and Michigan.gov/flu.

Sutfin points out that the vaccination rate in Michigan was just 46.1% in 2018, below the national average of 49.2%. One reason for that may be the misconception that you can contract influenza from the vaccine itself. "You can not get ill from the flu vaccine. It is an inactivated form of the virus so it does not make you ill. Many times though, by the time people go get their flu vaccination they may already have been exposed." Sutfin says another common misunderstanding is confusion between actual influenza and the “stomach flu” or a “bad cold.” She says influenza is a highly contagious respiratory illness that can lead to extreme sickness and even death. The 2018-2019 flu season saw an estimated 647,000 hospitalizations and up to 61,000 deaths resulted from influenza infections nationwide.

Although flu activity in Michigan is still at low levels, high levels of activity have been observed in other states. Nationally, two children have died due to influenza complications already this flu season.

It takes up to two weeks after the vaccine is administered before the body builds up enough immunity to prevent the flu, so Sutfin says residents should get vaccinated now to protect themselves before flu activity increases in Michigan. (JK)