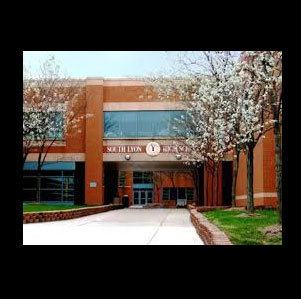 A local teen could face criminal charges after threatening to re-enact the Florida shooting at South Lyon High School.

A 17-year-old Green Oak Township male is alleged to have sent a friend a Snapchat message on Friday asking if he would like to re-enact the Florida shooting that left 17 people dead. Both attend South Lyon High School and the friend reported the message to authorities on Saturday. Officers from the South Lyon Police Department, deputies from the Oakland County Sheriff's Office Lyon Township substation and Green Oak Township Police officers interviewed the family and suspect. The teen’s parents were said to be cooperative and a thorough search of the family's home and vehicles was performed, with no further evidence or firearms found. The teen, who allegedly admitted to sending the online message, was transported to a hospital for evaluation.

Police said South Lyon Community School administrators were notified immediately and the district sent out a parent communication Monday commending the student for reporting the threat, although nothing was disclosed about the actual incident. South Lyon Police said the findings of the investigation were expected to be presented to the Oakland County Prosecutor's Office for review today. (JM)