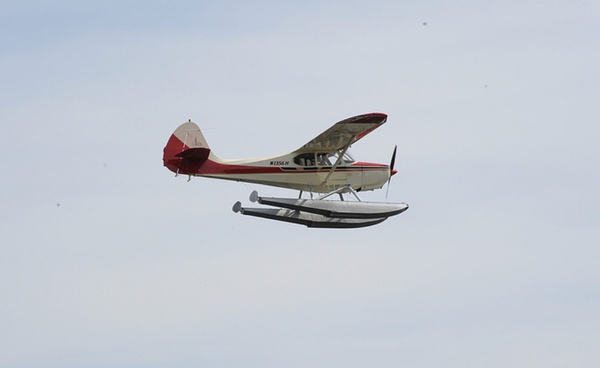 A Deerfield Township pilot and his passenger are uninjured after the float plane they were in flipped over Friday night.

Deputies from the Livingston County Sheriff’s Office were dispatched to Lake Shannon at about 6:47pm on the report of an airplane crash. Upon their arrival it was determined that a single engine float plane, owned and piloted by 57-year-old Harmon Pierce, had successfully landed and was taxiing to the owners dock when a strong wind gust flipped the plane upside down in the water. Pierce and an 18-year-old male passenger were able to escape the plane unharmed and were rescued by a boater on the lake.

Deputies on the scene were assisted by members of the Hartland Area Fire Authority and Livingston County EMS. A report was made to the Federal Aviation Administration and the Michigan Department of Environmental Quality. (JK)