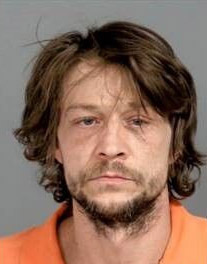 
A Flint man is heading to prison for the armed robbery of a Livingston County check-cashing business.

41-year old Rollo Thomas Pickens of Flint was charged with the armed robbery of the Check ‘n Go in Howell in November of 2020, which authorities say was one in a string of similar crimes he committed in Livingston and Genesee counties.

Court records indicate those cases are still active with dates for a pretrial hearing yet to be set.