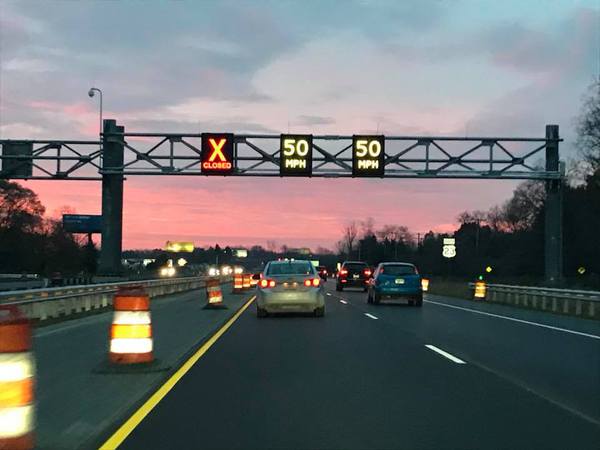 The Michigan Department of Transportation says the US-23 Flex Route project is proving to be successful as motorists adjust.

Being the first project of its kind in Michigan, M-DOT spokeswoman Jocelyn Hall says there has been a lot of positive feedback from people who use the Flex Route on a regular basis – with some surprised the system is doing what it’s supposed to and significantly lessening commute times for motorists. Hall says they’ll continue to discover new things as they go and that’s what’s happening, noting anytime that a new project is rolled out, questions will come up.

Hall says the Flex Route has alleviated heavy congestion but also resulted in heavier traffic flows for a longer part of the morning and afternoon, which was somewhat surprising but makes sense. Since the Flex Route has lessened commute times during rush hour, she tells WHMI it has allowed people to leave for work later than what they would normally, so they’re seeing periods of heavy traffic for a longer stretch of the day.

Hall says some other input from motorist involves speed limits. She says some of the motorists that regularly use the Flex Route are questing why the 60mph speed limit is shown on the left hand shoulder at times when traffic is heavier. Hall says that’s because the system predicts back-ups and slowdowns in traffic that are happening further up Flex Route. The actual speed limit is still the posted 70mph. However when a 60mph speed limit it shown, Hall says it’s suggesting that motorists reduce speeds, which would allow time to filter out congestion before encountering it.

She says the Flex Route has continued to operate the way they hoped it would, so from that standpoint M-DOT is really pleased to see something new and innovate such as this really serving the public the way it was intended. The project is considered complete, although motorists will continue to see minor items being done along the Flex Route such as shoulder work and lighting. Hall says there should only be a minimal impact to traffic, if any. (JM)