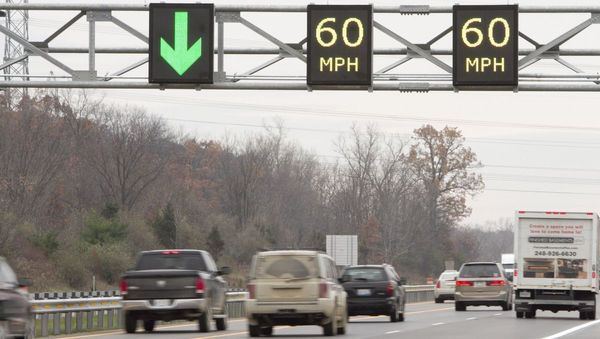 While state budget discussions continue over just how to fund road repairs and upgrades in Michigan, an extension project for US-23 commuters remains on the radar.

While not everyone is a fan of the $92 million US-23 Flex Route that operates in a 9-mile corridor from M-14, just north of Ann Arbor, to the 9 Mile/M-36 interchange in Green Oak Township, it has garnered national awards and is generally seen as a successful solution to what had been ongoing drive-time congestion.

The project allows drivers to use the shoulder as a lane of traffic during peak travel times, typically during the morning and evening commute. However, plans to extend the Flex Route system an additional seven miles all the way to the I-96 interchange have failed to move forward because the approximately $100 million needed to make that happen is not in the budget for the Michigan Department of Transportation. But that doesn’t mean it isn’t still a priority.

MDOT Director Paul Ajegba spoke on the issue during MDOT's "Talking Michigan Transportation" podcast, saying the need remains clear. "Extending the 23 piece to 96 makes a lot of sense because right now...M-36 (is) a choke point. Once you go north of M-36 in the pm, it backs up and operates like the way it used to operate. So the idea of extending it all the way to 96 just makes sense and they're working on that now. We see this as a tool in our tool box that we can pull out when we think it will make a big difference."

Meanwhile, plans are progressing on adding an entirely new Flex Route to 12 miles of I-96 between Kent Lake Road and the I-275/696 interchange near Novi. That work is expected to begin in 2021 and is also projected to cost $100-million. (JK)