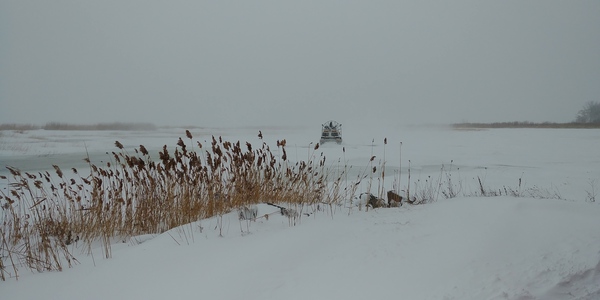 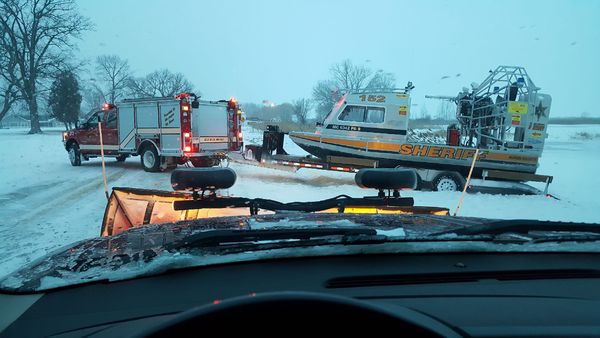 A Livingston County man has been identified as one of two fishermen who died after plunging into the icy waters of Saginaw Bay.

The Huron County Sheriff’s Office has identified the victims as 73-year-old Dennis Shaw of Fowlerville and 69-year-old Williard E. Slider of Caro. They were reported missing from the shoreline community of Rose Island in Fairhaven Township Sunday. Sheriff Kelly J. Hanson tells WHMI it’s his understanding that Shaw has a place in the area and called a friend around 2:30pm Sunday to say they had broken through the ice and needed help. The individual then called 911 and deputies responded with an airboat to find one ice shanty and an ATV in the water. Unfortunately, due to spotty cell service, the message didn’t go through in real time and had actually been sent around 9:30am.

Hanson says it appears the two men initially did get out of the ice and started walking back toward shore; unfortunately they went to the north and should have headed east. He noted that inclement weather consisting of snow squalls, strong north winds and very cold temperatures are all believed to have played a big part in the tragedy. The Caseville Fire Department and the Michigan Department of Natural Resources assisted on scene. The investigation into the incident continues and autopsies were pending.

Repeated warnings were already issued over the last couple of weeks about unsafe ice and Hanson says they again remind anglers that ice conditions are very unpredictable. He says the thaws experienced this season and refreezes with added snow covering have made for unstable ice. He noted that prior to the incident involving Shaw and Slider happening, about two miles to the north, an individual was on the phone with a deputy who had broken through the ice on a snowmobile but was able to get out the water and walk back to shore. Photos courtesy Huron County Sheriff's Office. (JM)