"Do Not Eat" Advisory Issued For Carp From Thompson Lake 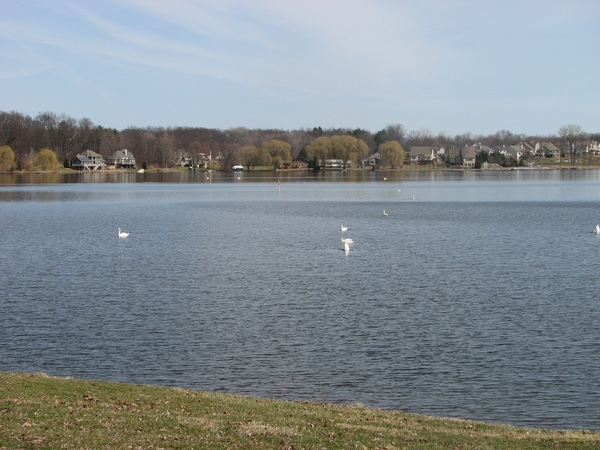 
The state has released new fish consumption guidelines for rainbow smelt and carp caught in various lakes – with a “Do Not Eat” advisory issued for one in Livingston County.

The Michigan Department of Health and Human Services has released new Eat Safe Fish guidelines for rainbow smelt and carp from seven different lakes across the state. The updated guidelines recommend limiting the consumption of certain locally caught smelt and carp based on levels of chemicals found in the commonly eaten parts of the fish.

The state released two new guidelines for carp based on elevated levels of polychlorinated biphenyls or PCBs. The Department says like PFOS, PCBs take a very long time to break down in the environment and can build up in fish and in people who eat those fish.

A “Do Not Eat” advisory is listed for Thompson Lake, which is located in the City of Howell and Oceola Township. The state says that means everyone should avoid eating carp from Thompson Lake.

For Earl Lake in Oceola Township, a “limited” guideline has been issued. The state says that means “individuals under age 15, those with health problems such as cancer or diabetes, and those who might have children in the next several years, are pregnant or are breastfeeding should avoid eating carp from Earl Lake". The state says all other individuals should limit their consumption of carp from Earl Lake to one or two servings per year.

New rainbow smelt guidelines have also been released based on elevated levels of perfluorooctane sulfonate or PFOS found in the smelt. PFOS is a chemical in the family of per- and polyfluoroalkyl substances or PFAS and can build up in fish and in people who eat these fish.

The new Eat Safe Fish consumption guidelines for rainbow smelt are as follows:

The MDHHS currently recommends that no one eat more than 1 serving per month of rainbow smelt from Lake Superior due to elevated levels of PFOS.

The new guidelines and others previously published in the MDHHS Eat Safe Fish Guides for lakes and rivers statewide are designed to help people find safer fish to eat and reduce exposure to chemicals that can cause harmful health effects. The state said it is important to note that fish from some areas in Michigan are more contaminated than others.

The Eat Safe Fish Guides are currently being updated for 2023 and will include the new carp and smelt guidelines along with others pending analysis.