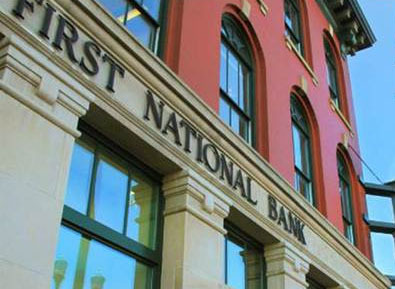 
A merger between a Howell bank and an Ann Arbor bank has been completed.

First National Bank in Howell and the Bank of Ann Arbor announced the completion of their merger and resulting consolidation earlier this week. Current First National banking centers will continue to operate under that name until system conversion is completed in March. At that time they will transition to the Bank of Ann Arbor name, with signage changing over, as well.

Ron Long, President and Chief Executive Officer of First National, said that the combination of these two established institutions allows them to provide a broader range of banking services to their client base. He said it will also greatly expand their lending limits and capabilities in Livingston County, while also allowing them to use the Bank of Ann Arbor’s infrastructure to meet growing compliance and regulatory burdens. This will give their team members more time to focus on clients.

Bank of Ann Arbor was founded in 1996, and with this merger, will now have 17 locations across Livingston, Washtenaw, Oakland, and western Wayne counties.