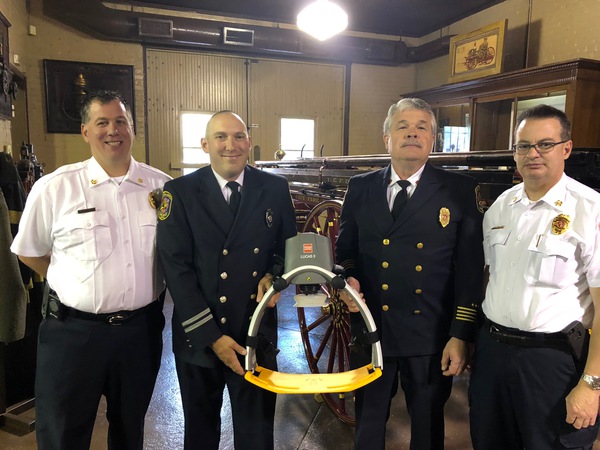 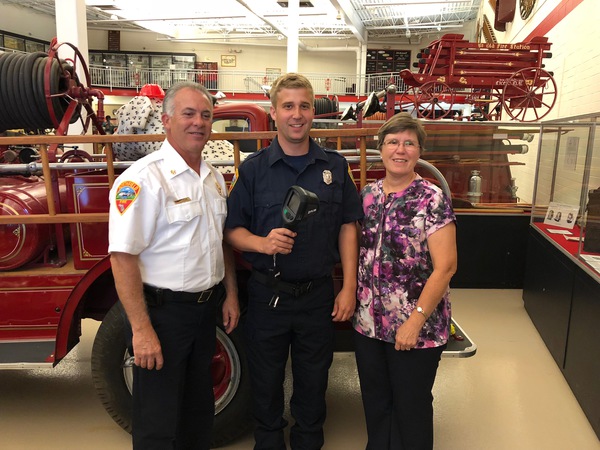 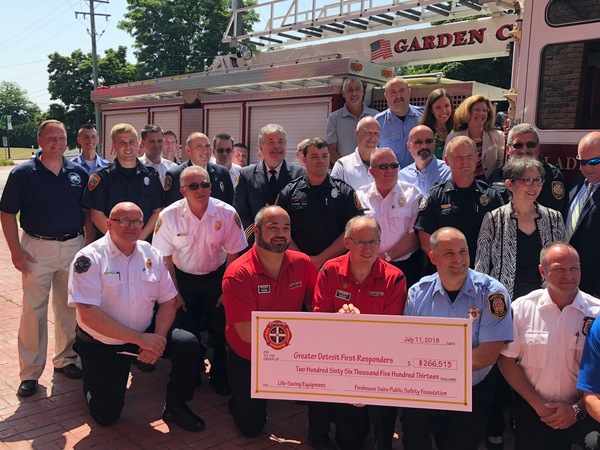 Three local fire departments have been awarded grants for new equipment that will help them save more lives.

The Howell Area, Green Oak Township, and Northfield Township Fire Departments were 3 of the 14 recipients of a Firehouse Subs Public Safety Foundation Grant. Representatives from each of the departments gathered for a special ceremony held at the Michigan Firehouse Museum and Education Center in Ypsilanti, Wednesday afternoon.

The Howell Area Fire Department received a chest compression system valued at over $20,000 through the grant at the end of April. Captain Bryan Hager said that the device gives them the ability to do automatic compressions, which takes out the human factor, and results in better blood flow and survivability. Hager said the department has already used the device half a dozen times since receiving it in spring.

The Green Oak Township Fire Department received a chest compression system valued at over $15,000. Fire Chief Kevin Gentry said this is their second such device and that it better ensures the availability of such a system for any Green oak resident suffering from cardiac arrest.

Northfield Township Assistant Fire Chief Steven Lowe said they received new cameras valued at over $13,000. These cameras help with locating people in smoke and fire-filled houses. Lowe said that these are lighter, more dependable, and easier to use than the older cameras they are replacing. The Assistant Chief said that being from a smaller department, a grant like this helps out tremendously.

In total, Firehouse Subs awarded over $265,000 in grants and equipment to Detroit-area departments. Area Representative John Kupiec said that the majority of the funding for the grant program comes from customers rounding up their bill to the nearest dollar. Kupiec also revealed that out of more 1,100 Firehouse Subs locations nationwide, the Brighton store ranks in the top 25 for donations. (MK)