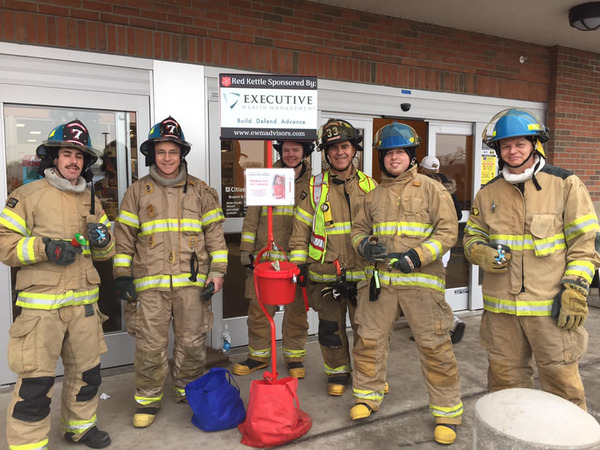 Saturday, December 15th marked the 18th year that the Brighton Area Fire department has been taking over kettles for The Salvation Army of Livingston County, making a huge impact on the donation totals. This year firefighters rang at 8 of the 15 kettle locations, ringing for a total of 64 hours, bringing in $10,693.11 in donations, $2600 more than last year.

As of Tuesday, The Salvation Army has raised a little over $199,000 which is 56% of their overall goal of $385,000. With only one week remaining for bell ringing, The Salvation Army is asking the community to help reach their goal. Officials point out that at this time last year they were at 64% of their goal, almost 10% more than today, but that if every person in the county put only one more dollar in the Red Kettles, they would reach their goal by Christmas.

The Red Kettles will be out through 4pm, Monday, December 24th, taking monetary donations. The Salvation Army’s Corps Community Center, located at 503 Lake Street, Howell, will be open through noon on Monday and then again Wednesday through Friday next week, accepting donations as well. Those unable to make a donation in person can make their donations online through the link below. (JK)