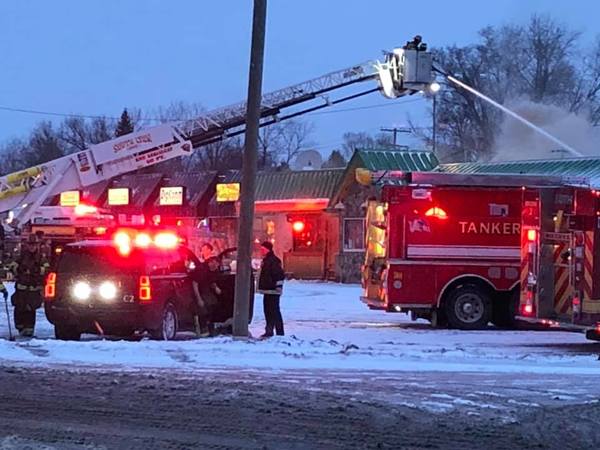 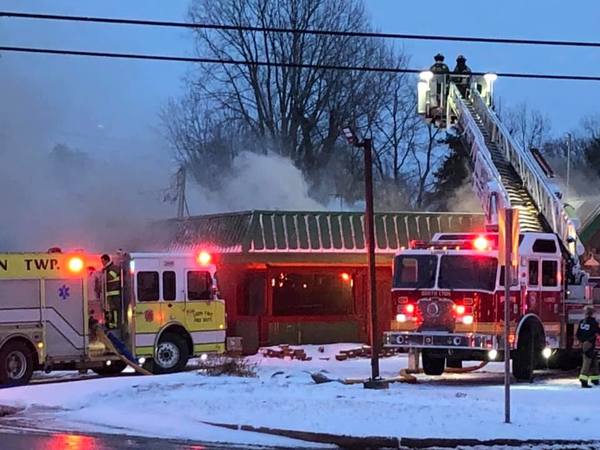 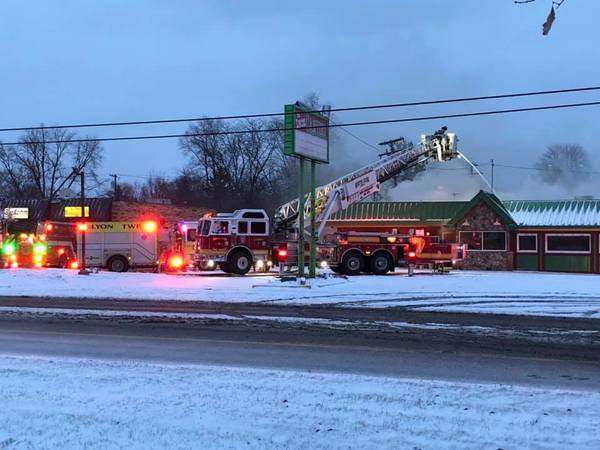 A fire Tuesday morning has destroyed a Lyon Township restaurant.

The fire at the Lyon Cantina on Pontiac Trail and 9 Mile Road was called in shortly after 7am by a passerby, according to Lyon Township Fire Chief Ken Sparrentak, who tells WHMI that that arriving units reported flames through the roof. As they made an interior attack, conditions worsened and crews were pulled from the building. He called it a "total loss."

Lyon Township was assisted by the Green Oak, South Lyon, Milford, Northfield, Salem, and Novi fire departments. Chief Sparrentak says no one was inside at the time of the fire and no firefighters were injured. It’s believed the fire started in the kitchen but the cause remains under investigation. (JK)