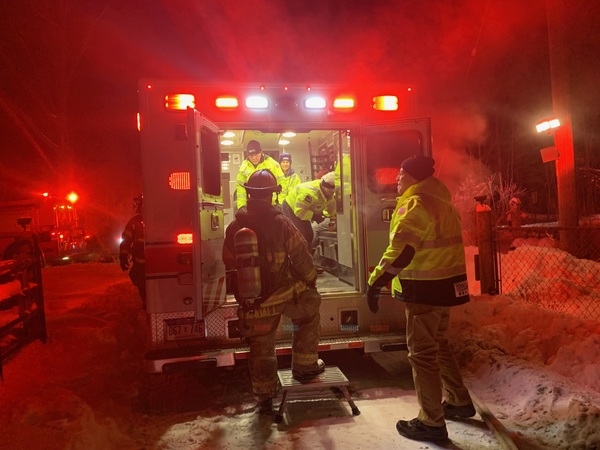 
A fire this morning forced a Howell-area family to flee into the frigid temperatures.

The Howell Area Fire Department reports that they responded to a fire at about 4:30am at a one-story home in the 5000 block of Layton Road in Howell Township. Upon arrival, firefighters found the attached garage fully involved with fire while flames extended into the home.

The family was home asleep and alerted by working smoke detectors, which helped them exit safely. The American Red Cross is helping to assist the family. The cause remains under investigation but is not believed to be suspicious.

The outside temperatures were below zero and Deputy Howell Fire Chief Jamil Czubenko tells WHMI that recent snowfall presented some challenges, but fortunately, there were no injuries reported. However, he says there was extensive damage to the home and the family will not be able to live there until repairs can be made.

The Fowlerville and Brighton fire departments, along with Livingston County EMS and DART, also responded to assist.