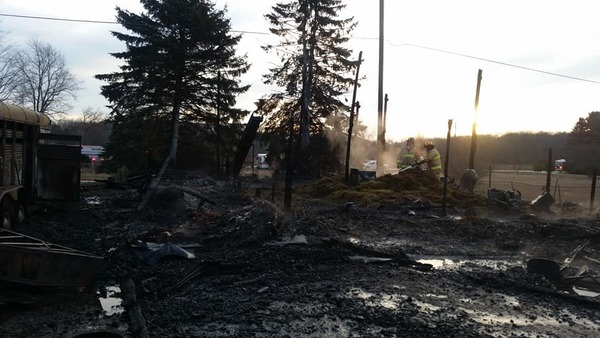 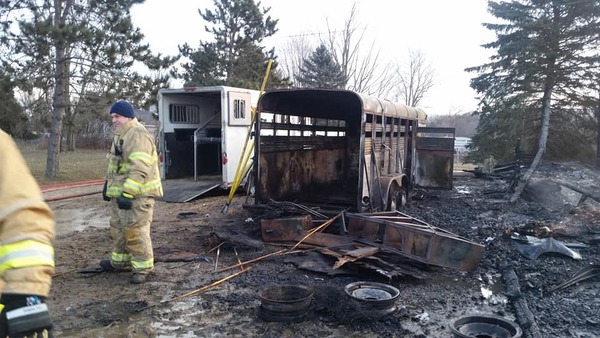 A Putnam Township family lost their horses in a barn fire Sunday morning.

Putnam Township Fire Chief Greg Amburgey tells WHMI that his department was called out at about 6:15am to the barn located on property at Hinchey and Burgess Roads. Upon arrival, Amburgey says they found the structure fully engulfed in flames. They immediately began pouring water onto the barn, but it was a complete loss, including the seven horses inside.

Amburgey says firefighters had to wake up horse’s owners and that the call was made by a neighbor after they heard an explosion, which was likely a propane tank kept inside the barn. The structure was a complete loss. He says a cause is unknown at this point, but it doesn’t appear to involve foul play. There were no other injuries.

The Hamburg, Unadilla and Howell fire departments assisted at the scene of the fire, while Dexter firefighters covered the Putnam Township station. (JK)