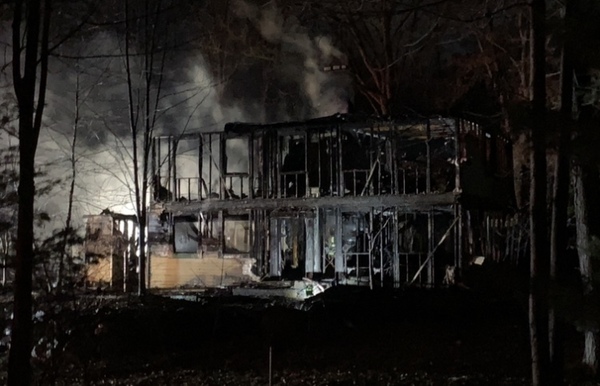 A Marion Township house was destroyed Tuesday night after a fire that started in an attached garage quickly spread.

The Howell Area Fire Authority was called out just after 11:30pm to a home in the 3000 block of Sesame Drive. When they arrived on scene, Fire Chief Andy Pless says that flames were visible from the roof. The home’s occupants were awake at the time of the fire and were able to escape without injury. However, the home was a complete loss.

Howell firefighters were assisted at the scene by the Fowlerville, Brighton, and Putnam Township departments. Livingston County EMS and the Disaster Assistance Response Team, or DART, also responded.

The cause of the fire remains under investigation, although Pless says it preliminarily appears to have started inside a car that was in the garage. Pictures courtesy of Mac Perrine. (JK)