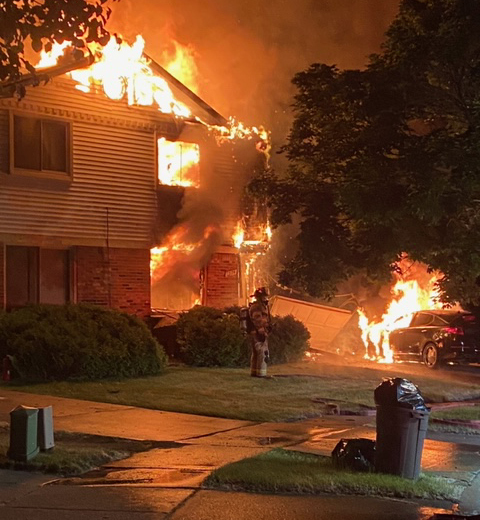 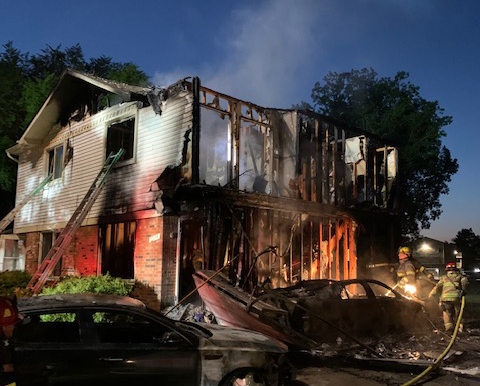 
A resident and a firefighter were injured in a house fire this morning in South Lyon.

The South Lyon Fire Department was dispatched at 3:30am to a home on Brookfield Drive for a reported house fire. Upon arrival, firefighters found a fully involved two story duplex with flames extending to the other side of the structure. Two female occupants and their dog were awakened by a smoke detector and were able to escape. However, one of the occupants received burns on her hand and arm trying to put the fire out with a garden hose. The four occupants and pets from the other side of the duplex were also able to escape. Two vehicles were completely destroyed while a single family home next door also received damage.

The South Lyon Fire Department was assisted by the Lyon Township, Green Oak Township, Salem Township, Brighton and Novi fire departments along with South Lyon Police, Huron Valley Ambulance, HART. The American Red Cross assisted the two families with housing and other needs. The occupants from the portion of the duplex where the fire started lost everything and they did not have rental insurance.

The female with burns was treated on scene and will seek medical treatment with her personal doctor. One firefighter was also treated on scene for heat exhaustion. The cause of the fire remains under investigation.