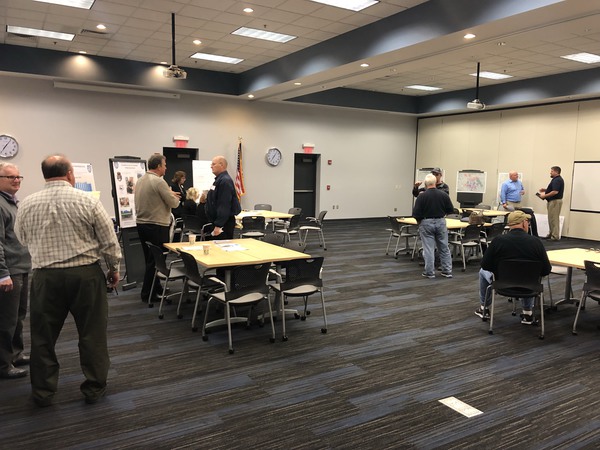 Final informational meetings on a Headlee Amendment override request in the City of Howell that will appear on the November 6th ballot are scheduled this week.

On Wednesday morning, Mayor Nick Proctor will host a coffee event at 9:30am at the Howell Chamber of Commerce building at 123 East Washington Street. City programs, parks, police and fire, DPW, leaf clean-up, sewer and water services as well as road repairs are all topics on the table and Proctor welcomes residents and business owners who might have questions or concerns to attend.

Then on Wednesday night, the 4th and final public education session in regard to the Headlee Override is scheduled at 7pm at the LESA building off Highlander Way for people to share input and have questions answered by City staff and elected officials. City Manager Shea Charles tells WHMI it’s an open session from 7 to 9pm for those who want to learn more and they encourage people to come out. Periodic presentations on financial data will be delivered. As with previous sessions, Charles says they’ll have staff from various city functions available for people to talk to such as police, public roads, financials, or other city stuff. He noted they will be set up to give property owners an exact amount of what the potential tax increase would be, if the override passes.

Howell, like most all municipalities across the state, has had a difficult time recovering from the 2008 recession. Because of the Headlee Amendment and the way it works with Prop A, which limits the increase of taxable value on homes, the city can only draw roughly 15.5 mills of their authorized 20 from residents. Paired with state shred revenues that are still below 2002 levels, the city needs to raise revenue to maintain services and roads. The request that will appear on the ballot would restore the lost 4.5-mills for the next five years, via a Headlee Override. If the override is approved, it would generate roughly $1.4-million per year for the next five years. The funds generated would be used primarily on roads and infrastructure, while around 20% would be used to correct a deficit and maintain city services at their present level. More information can be found through the provided link. (JM)