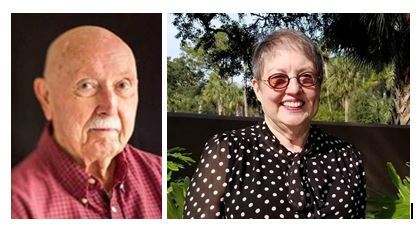 Authorities have identified an elderly couple killed in a fiery freeway crash in Handy Township.

The Livingston County Sheriff’s Office has identified the two victims as 88-year-old Laurence Carlsen and 72-year-old Roberta Carlsen of East Lansing. Both were killed in the crash that happened around 7am October 29th on eastbound I-96 west of Fowlerville Road. The couple’s 2019 Subaru Ascent ran off the road to the right, then struck a tree and caught on fire. It’s unknown why the vehicle initially left the roadway and the office is awaiting autopsy reports. Livingston County Sheriff Mike Murphy earlier told WHMI that because of the condition of the bodies this unfortunately might be one of those crashes where questions remain unanswered. There was no indication of contact with any other vehicle or a mechanical problem and the vehicle appeared to have just drifted off the freeway. The crash shut down a nearly five mile section of eastbound I-96 starting at M-52 in Ingham County to Nicholson Road in Livingston County for roughly five hours.

Laurence was an orthodontist up until his retirement. Roberta was retired from public schools administration and was also a member of the Peace Corps and taught in West Africa, and spoke close to five languages fluently. An obituary states that while their years together as a married couple were limited, they were still able to travel and enjoy many sights together. A private family service will be held in California at a later date for Laurence. Memorial information for Roberta can be found through the provided link. Photos: www.Legacy.com and www.dignitymemorial.com. (JM)