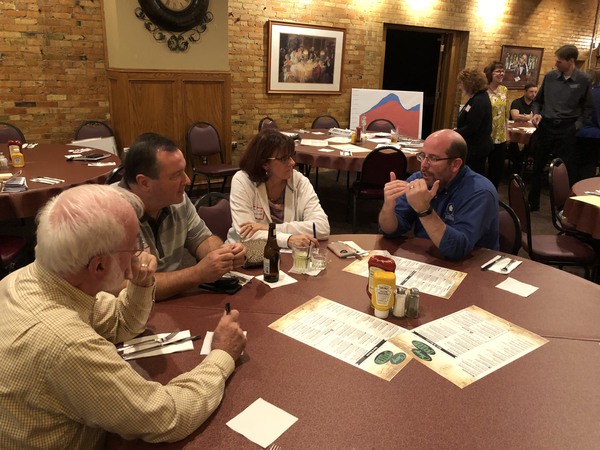 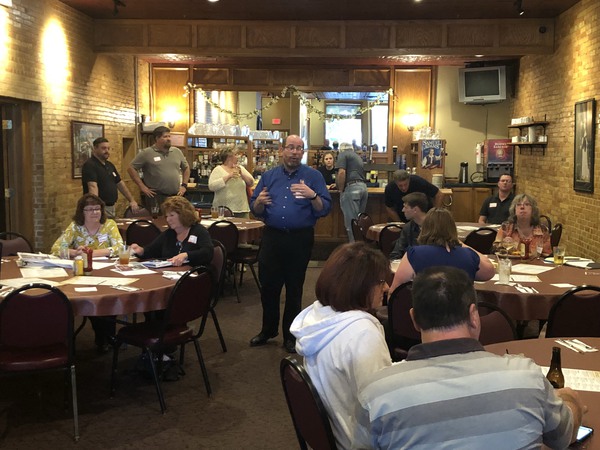 Howell officials are asking voters on November 6th to override the Headlee Amendment which will restore its authorized millage to the 20 mill limit allowed by city charter. This would equate to an extra 4.5003 mills in city taxes to residents. A homeowner with a house that has the median taxable value of $70,000 would see an increase of $315.02 per year, or roughly $0.80 a day in city taxes.

While the first public information meeting was held at City Hall, Wednesday night’s was done in much more informal manner. Labeled as “Budget & Brews,” Howell officials set up stations at Cleary’s Pub downtown where residents could take part in discussions with city experts. Like the first meeting however, few residents showed up. Mayor Nick Proctor said he disappointed in the turnout, while City Manager Shea Charles and Community Development Director Timothy Schmitt were optimistic about better attendance as they approach Election Day.

Charles said it was still worth it to listen and have a discourse with those who taking advantage of the event. He said he is starting to see people gain an understanding on “why now” and “why only 5 years?” Charles said they recognize that this impacts residents differently from one to another, and that they want to be able to provide answers and information to all.

In answering “why now,” Charles said that the time is right to fix the roads while the majority of work needing to be done is simply the pavement. Putting it off could cause more expensive damage further down the road. 20% of the override would also be used to offset their operational deficit and keep services as they are now, without needing to reduce them. As for the 5 year length, Charles said that City Council chose that time frame so that residents could see what was done with their money, and make a decision on whether or not to allow another 5 years. He suggested that unless something changes at the state level, this is how it will have to be, as he considers the way the state funds cities as “fundamentally broken.” Charles pointed out that Howell is not alone in needing this request from residents, and that it is happening in cities and communities all over the state.

Joel and Janelle Beutler were among the few in attendance. While they say they support the override, Joel said he sees it as more of a Band-Aid and not a long term solution. He said that until Michigan’s state legislature addresses funding and Proposal A, then residents will be continuously put in this position.

Charles invited anyone with questions to come see him, call him at (517) 546-3502, or send him an email at scharles@cityofhowell.org.

The next meeting set up for the public will take place on Tuesday, October 2nd, from 7-9pm at the L.E.S.A. Building in Howell. The final meeting is scheduled for October 24th, at location yet to be determined. (MK)