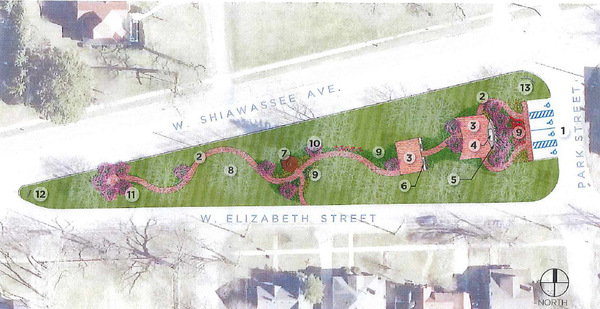 The city of Fenton is inching closer to a new Veteran’s Memorial.

Fenton City Council learned more about a proposed Veteran’s Memorial that would be located at Freedom Park during a meeting Monday night. The council listened to a presentation by Director of Public Works Dan Czarnecki, who detailed a basic outline for the project. The memorial space will feature a brick walkway with names of local veterans, a plaza, gazebo and flags for each branch of the military. Bricks to fill the walkway will be for sale, so community members can choose to recognize specific service members. The funds will go to support the project, which aims to be completely funded by donations and sponsors. Czarnecki told WHMI that the memorial will be a great way for the community to show respect to its veterans…

“It’ll be a nice area of our community for those that want to take the time to remember, think about or look into our armed forces - those people that sacrifice for our community, for ourselves, for our country. This is the city’s way of giving back to them and giving them their own special area, and giving the public the opportunity to put names into this area that have supported us through the military.”

In order to move forward with the memorial, a steering committee will be formed, which will present a final plan to the city council at a later date. It’s still early in the planning stages, so changes could be made. Czarnecki tells WHMI he's looking forward to seeing the project put into motion...

“I would think next will be pulling together the people that have already expressed interest in being on the steering committee and maybe a few others and finding out what everyone’s expertise is and what they want to steer and what we want to do to really put together a definitive plan. Right now we have a good conceptual drawing and conceptual idea but all that needs to be fine-tuned into something that can actually be built.”