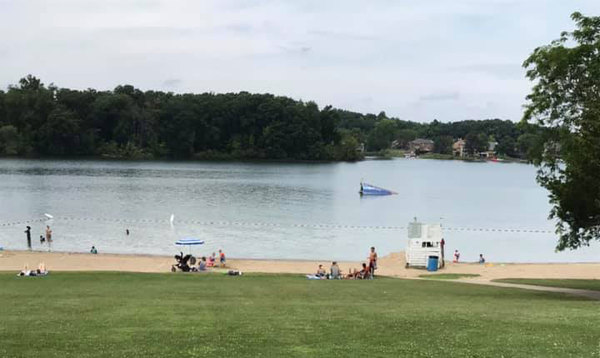 
People gathering at parks in the City of Fenton during the Memorial Day holiday weekend appeared to be following social distancing guidelines.

That’s according to a report delivered during the City Council’s virtual meeting held Tuesday night. It was noted that some comments were received about crowds over the holiday weekend at Silver Lake Park but people appeared to be doing what they were supposed to be doing. The park is located on Jennings Road, off of Silver Parkway. City Manager Lynn Markland told Council that Silver Lake Park and all of the other city parks have been open throughout the COVID-19 crisis to provide recreational opportunities. Markland said they still haven’t determined what the plan is yet for lifeguards and staffing of park booths, which aren’t open. He said they decided not to charge during the holiday weekend but rather encourage people to get out and get some physical activity as people have been cooped up.

Meanwhile, Markland commented DPW crews are getting back to regular seasonal work and getting the downtown area and parks ready for the summer season, including crack sealing and street patching. He said everyone is still working and getting things done for the community. Photo: Facebook.